Transfer news: Liverpool holding out for £80m in Luis Suarez talks with Barcelona

Liverpool are holding out for a fee of around £80m for Luis Suarez, according to Sky sources, as talks with Barcelona continued on Thursday.

The fee remains the sticking point, with Barcelona reportedly wanting to pay in the region of £60m for the striker.

On Wednesday evening a Liverpool source confirmed: “The talks held today were productive, there are sensible expectations on both sides. Further talks and discussions are to take place, but nothing is finalised as of now."

Sky Sports News reporter Vinny O'Connor also confirmed that the future of Barcelona forward Alexis Sanchez was on the agenda, but it will have no impact on any Suarez deal.

It is not yet clear what the Chilean star wants to do himself, and Sky sources say any deal for Sanchez will be separate from the Suarez negotiations.

Suarez is currently serving a four-month ban for biting Italy's Giorgio Chiellini at the World Cup.

Following the 27-year-old's apology - which Barca reportedly had a major influence in procuring - the Primera Liga side have stepped up their pursuit and a deal now seems likely to be agreed.

At a press conference on Wednesday, Barcelona president Josep Maria Bartomeu would not be drawn on the talks. 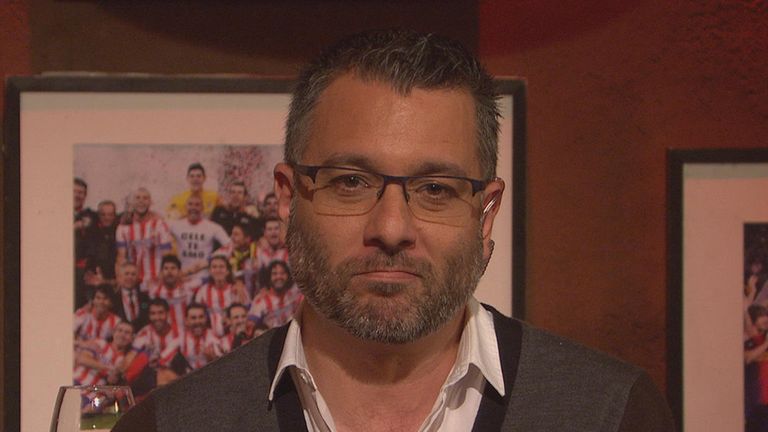 Barcelona wanted Luis Suarez to apologise. It is also part of an appeal that will surely reduce his ban.

But he did he made a point of commending Suarez for apologising and confirmed they are in the market for a striker, as well as two new centre-backs.

"I announced months ago that the team would undergo a deep renovation but we cannot reveal details because we don't want to give clues away to any of our rivals," Bartomeu said.

"Our representatives are constantly travelling to other countries because of potential signings.

"We have the names and the players, but sometimes there are clubs who speculate over possible signings by Barca to manipulate the price.

"All I can say is that they are names that have been agreed with (new coach) Luis Enrique and they excite us.

"For example, (sporting director Andoni) Zubizarreta already has the names of the centre backs although they are not signed yet as there are clubs who think their value will go up after the World Cup."

Asked about Suarez, Bartomeu said: "Suarez is a Liverpool player so I can't talk about him, he belongs to another team, a rival team. But we are all football men, and saying sorry is honourable, it helps the competition.

"He did something that wasn't right, so it's the responsibility of everyone in football, be it Liverpool or anywhere else, to remember that he has said sorry. Admitting you have done something wrong is very important.

"Luis has apologised and that is honourable, he's taken a step towards rehabilitating, the football world should support him and help him. As a football fan I hope he can turn a corner."

"Barcelona wanted Luis Suarez to apologise," he said. "It is also part of an appeal that will surely reduce his ban.

"I realise many people feel cheated as he has apologised before. Biting shouldn't be done but can be corrected and Chiellini has accepted the apology, so who are we not to do the same?"

You'll be able to watch Liverpool and Barcelona in Champions League action next season on Sky Sports 5 - the new home of European football. Activate now