Granit Xhaka believes Arsenal have shown their character in the past week after battling from behind to win on three occasions.

Arsenal's attitude has been questioned in some quarters since the start of the season, with Watford captain Troy Deeney the most vocal critic following victory over the Gunners.

Arsene Wenger defended his players following Deeney's criticism before Arsenal came from behind to beat Swansea 2-1 in their Premier League meeting at the Emirates Stadium on Saturday.

One week earlier Wenger's men were forced to fight back from a 1-0 deficit to beat Everton 5-2 at Goodison Park which was followed by a similar performance against Norwich in the Carabao Cup on Tuesday.

"It's the third time in a week that the team have come from behind to win, that says a lot about this team," Xhaka told arsenal.com after the comeback victory over Swansea. 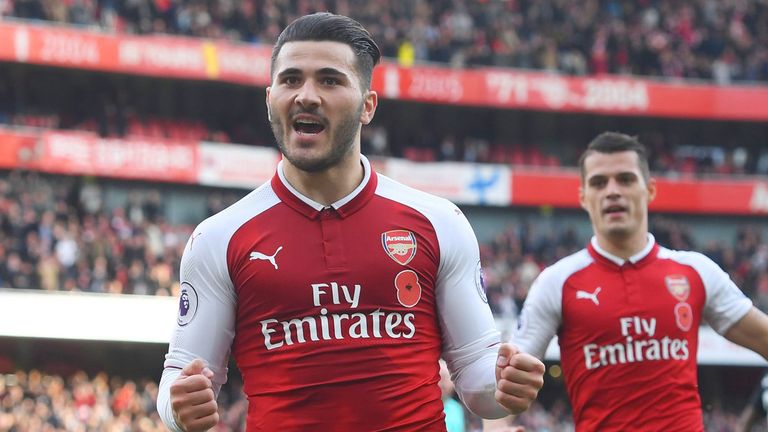 "Lots of people talk about the character of our team, that it's not right and that we need to do more. But we always show that we can come back.

"You have to pay compliments to Swansea - they stood deep in the first half and were good defensively. In the second half, we played as we know we can and it was very important for us to win."

Arsenal remain in fifth place in the Premier League but are now just one point behind local rivals Tottenham, who sit third, ahead of a trip to face early pace-setters Manchester City next weekend, live on Sky Sports Premier League.