Unai Emery has told Aaron Ramsey to focus on his football and not on his future as his contract impasse at Arsenal continues.

Ozil agreed fresh terms in January to become the best-paid player in the club's history, and reports suggest Ramsey, whose own deal expires at the end of the current season, wants to move closer to the wage of his German team-mate.

Emery picked Ramsey in the opening weekend defeat to Manchester City but the Wales midfielder came off early in the second half before being dropped to the bench for last weekend's trip to Chelsea. 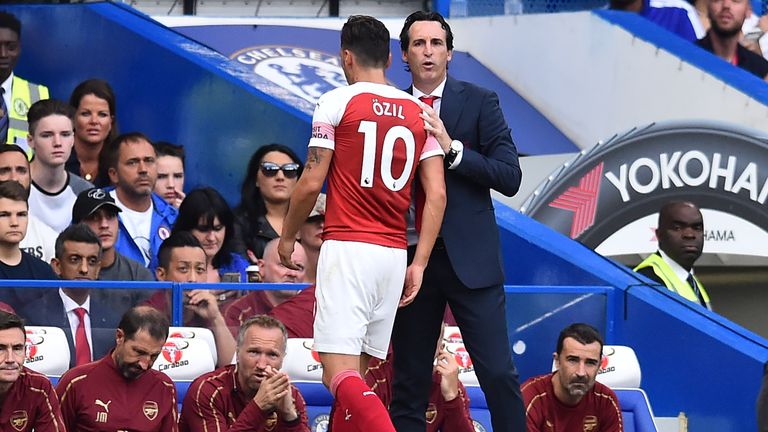 Now the new Arsenal head coach has called on Ramsey to keep his mind on playing well for the club and not be distracted by things away from the pitch.

"I spoke with him last week," Emery said when asked about Ramsey's situation.

"I said: I want you focused only on training and only on the match, you show us the capacity to help the team.

"The contract is another thing for his agent and the club but we want and I need his focus only on training, only on the match and on his performance each day."

Asked whether he felt the required level of focus had been missing from Ramsey, Emery replied: "I don't know but I am thinking in the present. I spoke with him last week but now, today, my focus is on the match and I want the player to be focused only on Saturday." 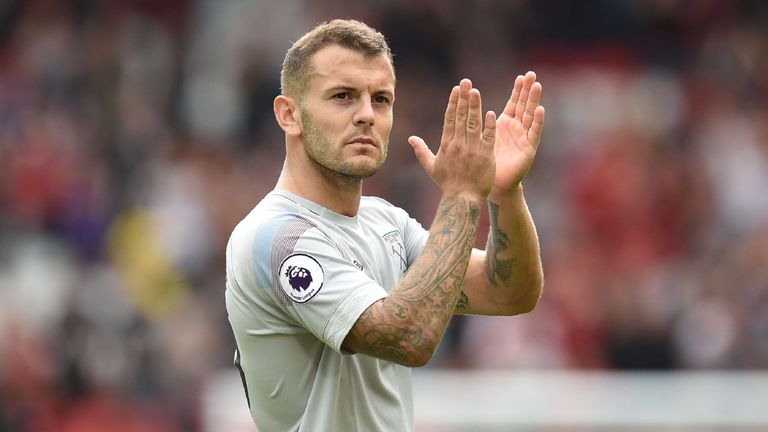 Ramsey could yet be recalled to the starting line-up for Saturday's visit of West Ham having come on as a second-half substitute in the 3-2 loss at Stamford Bridge, with Emery still searching for his first point as Arsenal boss.

One midfielder who has impressed in his short time in north London is summer signing Matteo Guendouzi.

The 19-year-old France youth international has started both games under Emery and has been one of Arsenal's brightest players in the early stages of the campaign.

"He is improving, he is playing and working every day," Emery said of the former Lorient player.

"It is a very big, positive surprise with him. Last year he was in Ligue 2 but when the club [Arsenal] spoke with me about him, the club had worked and watched him, we agreed [to sign him].

"When he arrived here - not the first day, which is very difficult - but after two weeks we spoke and said: 'his performance is a very big surprise' but also in each training and match we need him to show this progress consistently."