We round up the latest Arsenal transfer news from Friday, January 11 - including Ever Banega, Ismaila Sarr and Donis Avdijaj.

The Daily Star are reporting that Arsenal have agreed to meet Ever Banega's wage demands in the hope of signing the Sevilla midfielder this month.

Banega, has been linked with a move to the Emirates and the Arsenal boss called him "a very good player" in his press conference on Thursday, but told reporters he "cannot say any more".

He added: "The club is working, telling me each moment different situations can happen."

Arsenal and Juventus are set for a summer transfer battle to secure the signing of Kosovo striker Donis Avdijaj, 22, currently playing for Dutch side Willem II, report the Daily Express.

Avdijaj has scored four goals in the Eredivisie this season with the Kosovo international's contract set to expire in the summer.

Arsenal have told Rennes striker Ismaila Sarr they have a strong interest in signing him at the end of the season, according to Le10 Sport.

Sarr has scored nine goals and provided six assists in all competitions this season with the Senegal international reportedly also attracting interest from Serie A clubs Inter Milan and Roma. 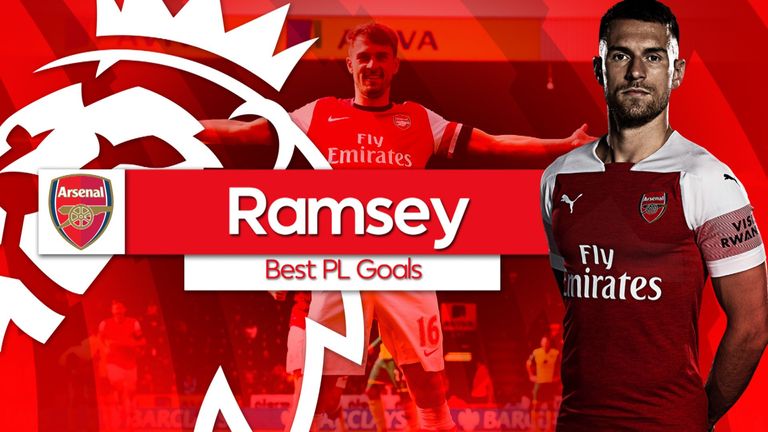 After strong rumours linking him with a move away from Arsenal, we take a look at Aaron Ramsey's best Premier League goals for the Gunners

The Wales international will undergo a medical with Juventus on Sunday, and the deal is expected to be finalised after their Italian Super Cup game against AC Milan next Wednesday.

Emery says he still "needs performances" from Ramsey, despite his impending exit at the end of the season.

Denis Suarez is being eyed as a replacement for Ramsey and Emery worked with the former Manchester City player at Sevilla, but said: "I do not know his situation," when asked on Thursday if he was joining the club.