Petr Cech to retire at the end of the season 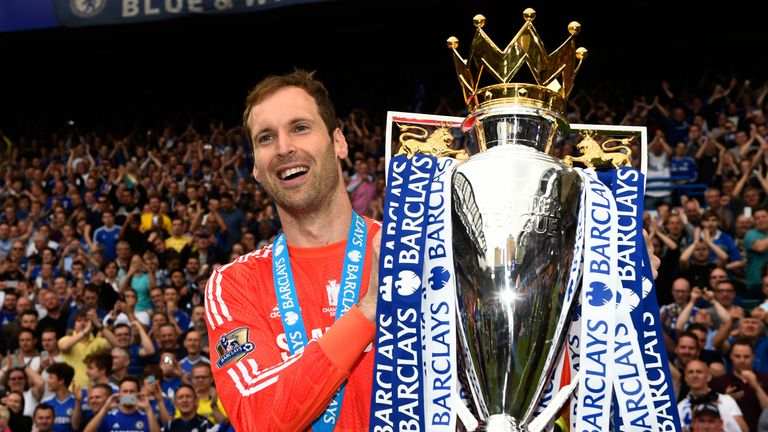 Arsenal goalkeeper and Premier League great Petr Cech has announced that he is retiring at the end of the season.

The 36-year-old, who won the Premier League four times and the Champions League during his time at Chelsea - announced his decision in a post on his Twitter account.

Cech said: "This is my 20th season as a professional player and it has been 20 years since I signed my first professional contract, so it feels like the right time to announce that I will retire at the end of this season.

"Having played 15 years in the Premier League and won every single trophy possible, I feel like I have achieved everything I set out to achieve.

"I will continue to work hard at Arsenal to hopefully win one more trophy this season, then I am looking forward to seeing what life holds for me off the pitch."

Cech arrived at Chelsea in the summer of 2004, having been signed from Rennes, and made his Premier League debut in a 1-0 win over Manchester United, which was also newly-appointed manager Jose Mourinho's first league game in charge.

The goalkeeper went on to become a Blues legend, making 494 appearances in all competitions (sixth-most all-time) and winning a host of trophies.

He moved on to Arsenal in the summer of 2015 and continued to impress, making well over 100 appearances and winning the FA Cup in 2017.

He remained the club's number one at the start of the current season but his place to Bernd Leno after suffering an injury against Watford, and has been on the bench for all Premier League games since returning to fitness, only starting in the cup competitions.

Chelsea fans will get an opportunity to say farewell to one of their all-time greats when they visit the Emirates for a Premier League game this Saturday.

Cech has already retired from international football, he is the Czech Republic's most-capped player of all time with 124 appearances to his name.