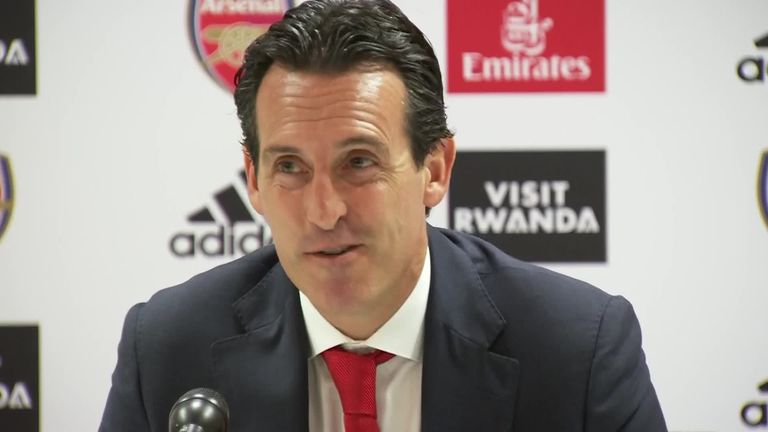 Unai Emery has admitted he would rather not play Liverpool this season but insists Arsenal will be positive when they face the European champions at Anfield.

Liverpool are the early Premier League leaders after beating Norwich and Southampton in their opening two games, while Arsenal are second in the table after wins over Newcastle and Burnley.

"For us we don't want to play against Liverpool ever," he joked after Saturday's 2-1 win over Burnley.

"We'd prefer not to play against them.

"That is really our challenge, a really good test. For the supporters, for all of us, going there with six points is good.

"Really our target is to reduce the distance to Liverpool, Manchester City, Tottenham and Chelsea.

"When we play against them it is a big challenge to show how we can be. Next week is going to be a very good match."

Liverpool thrashed Arsenal 5-1 in the same fixture last season thanks to a Roberto Firmino hat-trick and goals from Sadio Mane and Mohamed Salah.

However, Emery is confident his new-look team can keep Liverpool's dangerous front three quiet this time around.

He said: "We are going to prepare first with the adaptation to them, their gameplan and individual players and after to impose our gameplan and capacity.

"We are going to prepare both defensively and offensively.

"I think first is to be positive in our capacity and then work hard. I know my past is to work hard, the present and future is going to be the same.

"After we can win, we can lose. But above all is be positive and keep moving ahead."