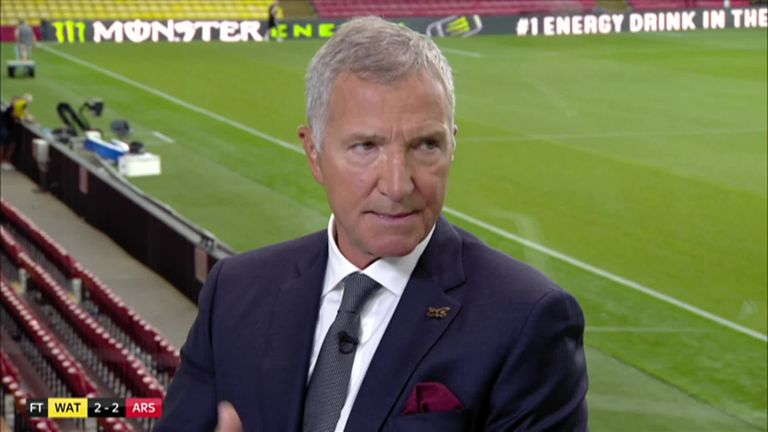 After being 2-0 up at half-time through a Pierre-Emerick Aubameyang double, Arsenal threw the points away via two defensive errors. First, Sokratis Papastathopoulos attempted to play out from the back, only for Tom Cleverley to capitalise and halve the deficit, before David Luiz gave away a penalty which Roberto Pereyra converted.

Arsenal have now conceded seven goals in their last three games, many of them coming from mistakes at the back, and Souness did not hold back in his assessment of the Gunners in the Sky Sports studio.

"They capitulated in the second half, Arsenal. They didn't win a challenge. If you're an Arsenal supporter watching that, you must be scratching your head. It's two different teams. It's as if here's the first team in the first half, and a second one after half-time. Proper teams don't play like that. 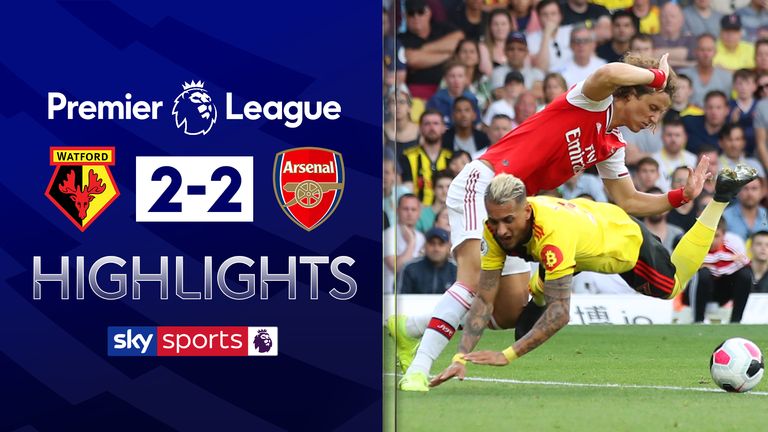 FREE TO WATCH: Highlights from Watford's 2-2 draw with Arsenal in the Premier League.

"Arsenal in that second half were like a semi-professional team playing football. By that I mean they were not learning from the mistakes they were doing time and time again."

In particular, Souness questioned why Unai Emery brought on Joe Willock and Reiss Nelson when leading 2-1 in the second half.

"They bring on some kids, that was a game where at 2-1 it was time to dig in and regroup, make sure they didn't lose the game, and they should've lost it. When the kids came on they were all over the place, it was like a game of basketball and if you were an Arsenal fan, that would deeply, deeply worry you."

The first goal came from Papastathopoulos' central pass out of defence from a Bernd Leno goal kick, something seen more in the Premier League this season after rules changed to allow defenders to collect the ball inside the box.

But Souness said Arsenal should have gone long after a warning sign in the first half.

"There are senior players in that defence. As a manager, you hope your bigger players, it doesn't have to be the oldest ones, work it out that they're going to concede.

"Why did the big players not say 'let's just go long with it for 10 minutes and see where it takes us', because persisting with it was going to cost them, and they're lucky it only cost them one."

Xhaka: We were scared 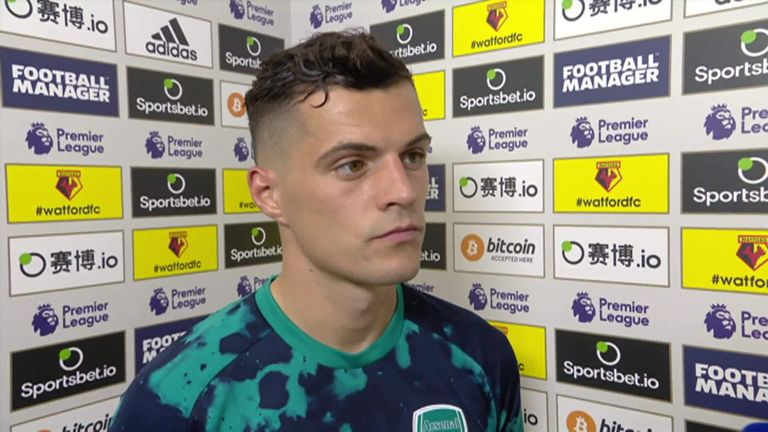 One of Arsenal's better players on the day, Granit Xhaka admitted Arsenal were 'scared' in the second half, but said playing out from the back was one of several issues, not the sole problem.

"Everything was wrong [in the second half], we didn't play our game, we were scared, we know they would push us more in the second half but we have to show more character and play, and not be scared. You can't give a performance like this.

"We train for short goal kicks, of course mistakes are here but it's not an excuse. Next time we have to do better, we have to analyse and then we'll see what happens. It wasn't only this situation that was a problem - it was the whole second half."

Souness: How can you be scared?!

Back in the studio, Souness reacted to Xhaka's interview by asking: 'How can Arsenal be scared?'

"They're saying they were scared - I've never been scared in a game of football in my life. I just don't understand it. In the game plan, Arsenal were allowed to have the ball, Watford dropped off.

"It's easy to play when no one's coming after you, in your face. I could've played in that Arsenal team in the first half! But the whole thing changes when Watford are let off the lead, you're confronted with someone who's going through you, and they didn't stand up to it.

"Sometimes you have to have one hat on for one type of game, and another hat on for another. Arsenal proved today they can only play one way - they can't go to war." 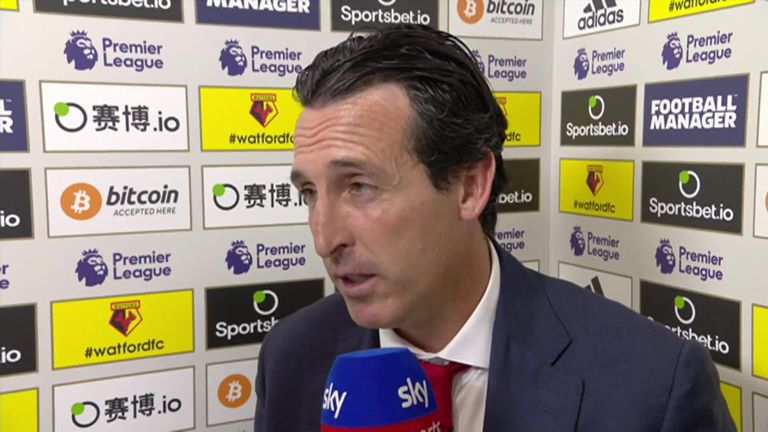 Unai Emery says Arsenal were punished for their mistakes

Speaking to Sky Sports after the game, Arsenal manager Emery said the long ball from goal kicks would have caused his side to lose the physical battle in midfield, and admits his side must learn from their mistakes.

"Trying the long ball, they are physically stronger than us, and they were winning that ball. We wanted to break the first line and connect with Mesut [Ozil], like we did with the second goal.

"It was two different halves. In the first we controlled the match how we wanted, in the second they pushed for our mistakes, and we did more than we wanted to do. We need to think about how we can improve, how we can do better.

"We can grow up with the mistakes and learn for the future matches. We said at half-time that 2-0 is not enough, and in the second half we needed to do the same work, but knowing they would do more. They did that, and we couldn't break the lines.

"I continue with our way of working. We need to improve, take some information from this match. We can be disappointed, but we learn about that."

Arsenal go to Eintracht Frankfurt in their first Europa League group stage clash on Thursday at 5.55pm, before hosting Aston Villa in the Premier League on Sunday at 4.30pm.