Unai Emery is well aware of the special rivalry between Arsenal and Manchester United as he attempts to lead the Gunners to a first Premier League win at Old Trafford in 13 years.

Not since Emmanuel Adebayor scored the only goal of the game in September 2006 have Arsenal left United with three points.

Since then, United have had the better of their battles but Ole Gunnar Solskjaer's side are out of form and have a lengthy injury list heading into Monday's meeting.

The two sides battled for Premier League titles for a decade before the emergence of the likes of Chelsea, Manchester City and Liverpool. 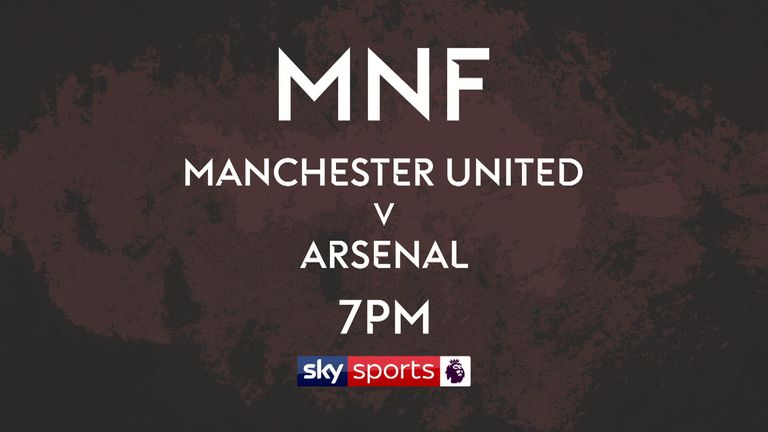 Don't forget to tune into one of the greatest rivalries of the Premier League era as Man Utd take on Arsenal at Old Trafford on Monday Night Football. You can catch it live on Sky Sports Premier League from 7pm

Now they have been left behind and are both scrapping to earn a return to the top four come the end of the season, but Emery knows the fixture still means plenty to all involved.

"It's an amazing moment, an amazing match between these two teams in the past, the present and the future," he said.

"I think Monday at eight o'clock, all around the world, if someone wants to watch a football match, it's this one.

"We really want to play matches where we can do something important. We are preparing well. The players are wishing to play the next match - we know it's a very big opportunity for us to get three points."

The sides drew 2-2 at Old Trafford in the corresponding fixture last December as the hosts twice came from behind to snatch a share of the spoils in what proved to be Jose Mourinho's penultimate home game in charge of United.

Solskjaer has since taken charge but his side are enduring a poor run, with injuries also mounting for the former United striker.

Both he and Emery have been tasked with earning a return to the top four, and Champions League football, with the Arsenal head coach believing Solskjaer's knowledge of the Premier League as a player can only help him achieve his goals.

"Solskjaer has experience, he was a player at Manchester United, he knows the club perfectly," he added.

"He knows the high competition, the high level and he has now very good players. His challenge is also to achieve the consistency and performances that will get them in the top four.

"We are going to fight on Monday the first time of this season and it's how we can respond, us and them."