Emery introduced a pool of five skippers following his appointment last summer but saw his original choices reduced by the summer departures of Laurent Koscielny, Petr Cech and Aaron Ramsey.

Granit Xhaka has so far worn the armband in the Premier League this term but is yet to convince in the role and was jeered by his own fans during last weekend's win over Aston Villa, while Mesut Ozil is the only other member of the initial five still at the club.

Holding, who captained the side after Ozil was substituted during their 5-0 win over Nottingham Forest in the Carabao Cup, has revealed the Arsenal boss recently conducted a poll of the dressing room to decide who gets the armband.

"He likes his five captains. We all did a vote the other week so we'll see what happens and see who gets named," Holding said.

"It was just a case of writing names down and then giving them to the manager and he will go through them - obviously with his input - and we'll see what happens. 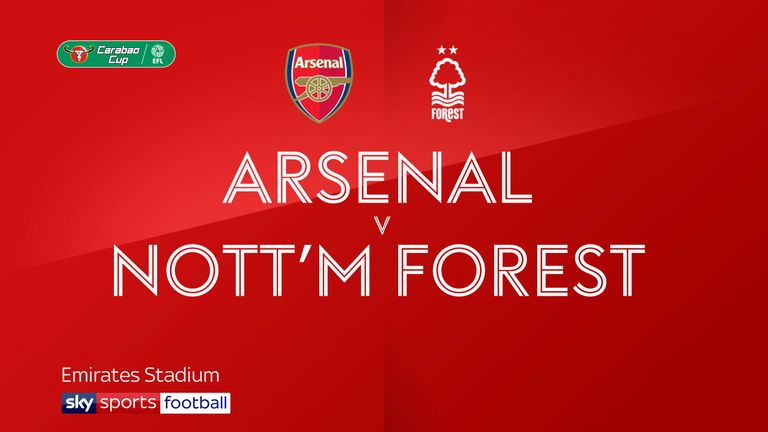 "I have no idea [when an announcement will be made], but there is a lot of leaders in that team who are helping each other out and pushing each other on.

"Now that we've got these five captains that the manager has brought in it's spreading the leadership group rather than having one person to dictate it. You're getting more input, it's generating a good environment."

While he was unwilling to reveal his choice of skipper, Holding described Xhaka as "a great leader" and also praised the influence of experienced summer signing David Luiz.

"I love Granit in the changing room. I think he is great. He is really switched on to people being late, people using the phones. He is quick to dish out the fines," Holding added.

"I think he is a great leader and just another positive person to have in the changing room.

"He is very demanding and makes demands of us. He puts accountability on ourselves, which is important as a leader."

Asked if Arsenal have more leaders than critics believe, Holding said: "For sure. You can see it in training. The way David Luiz has come in and when he is talking in front of the group he speaks really well.

"He speaks highly of us so he's a good addition to bring in."

Holding: I would love to be Arsenal captain

Holding marked his return from a nine-month injury lay-off by scoring just seconds after taking the armband from Ozil on Tuesday, and the 24-year-old has aspirations of performing the role again.

"I would love to be a captain and being captain of Arsenal is unbelievable. It would be a great feeling," he said.

"We will see what happens in the next couple of weeks. If I get it, then I'll be more than happy and honoured to do it."

The players have had their say, now it's your turn...

Arsenal have not had a permanent captain since Laurent Koscielny's departure in the summer and Emery has suggested in the past he would name five captains again, as he did last season.

However, that decision was delayed and is now expected imminently. "My focus was to speak about the match and the players," he said when asked prior to the game against Eintracht Frankfurt why he has still not named his captains. "I am going to propose to do it next week after the match on Tuesday after the Carabao Cup."

But the news of a player vote has now added yet another plot twist to the Arsenal captaincy saga.

Xhaka has been the man in possession of the armband so far this season, but the Switzerland international's role could be in jeopardy after a number of lacklustre performances.

Will Xhaka survive his poor performance against Aston Villa? Emery gave him his backing after the game against Villa, but if the Spaniard was so sure of the 26-year-old's leadership qualities the decision would have already been made. Will Xhaka now survive the 'blind vote'?

So, if not Xhaka, who? Sokratis and Mesut Ozil have both worn the armband this season, while Aubameyang dragged Arsenal over the line against Villa after taking over from Xhaka. But Emery could've been waiting for the returns of Holding, Bellerin and even new signing Kieran Tierney, who has captained Celtic and Scotland, before making the final decision.

Holding played the full 90 minutes and wore the armband after Ozil's substitution during the Gunners' 5-0 win over Nottingham Forest. Tierney played for 77 minutes and impressed against Forest, while Bellerin replaced the Scot for the final 13 minutes to give Emery a huge boost.

But are Holding, Bellerin and Tierney captaincy material? Arsenal players, it's over to you?

Merson: Luiz should be captain

Arsenal should name Luiz as the club's new captain, according to former Gunners star Paul Merson.

"Unai Emery's been there a year-and-a-half, he's got to have five captains because he doesn't have a clue what his best team is. He hasn't got a clue.

"The good teams are the ones who play virtually the same team every week, but with Arsenal you don't know who it'll be from week to week.

Follow the action with our dedicated live blog, including in-game clips. Highlights of the game will be published shortly after full-time on the Sky Sports website and app.