Arsenal sat 9th in the Premier League, but had lost just one in 13 before coronavirus halted football

Thierry Henry believes Arsenal were becoming more difficult to beat under Mikel Arteta before football was halted, but says Pierre-Emerick Aubameyang would be difficult to replace if he left.

Arsenal sat ninth in the Premier League, but had lost just one in 13 before coronavirus halted football, with Arteta looking to rebuild Henry's former side following the sacking of Unai Emery.

Henry has sympathy for Arteta for the timing of football's postponement, insisting he was getting them to a good place, and also says the club have to give him time to instil his methods at the Emirates.

Henry told Sky Sports' Jamie Redknapp on Thursday's The Football Show: "It's a tough one because Mikel Arteta was getting them to a certain place, you could see the organisation, they were more compact, difficult to beat and then this happened.

"I can tell you as a coach now, it's not easy to deal with because you want to carry on with what you're doing and even though you are talking to the players, it is better to train to see what you can do at the weekend. It depends on who is going to leave or who is not going to leave, we don't know about that, who is going to come in also.

"I just want Arsenal to do well and make sure they can compete and I wish them all the best all the time and Mikel Arteta too because that's a tough job as everyone knows but we have to give him time."

Pierre-Emerick Aubameyang has been linked with a move away from Arsenal over the past six months, with his contract expiring in the summer of 2021.

Arteta said in early March that the club needed to sit down with the 30-year-old Gabon striker, who has 61 goals in 97 appearances at the club, and Henry believes that if he was to leave, Arsenal would miss his goals greatly.

"Everybody will do what they have to do. How am I going to tell someone to stay when I left? As an Arsenal fan, you want him to stay, but as a football player, he will assess the situation with his family, with his dad who I know also and will see what's the best for them.

"If you're an Arsenal man, you don't want him to leave but also the guy has a career. I don't know what's in his head and where he wants to go, but all I know is that we are definitely going to miss his goals if he does leave. He does score goals and if you take the goals of Aubameyang away, it's a tough one.

"I respect the decisions of people, I respect what they have to go through and what dream or desire they have but any Arsenal fan would be crazy to say he should leave. We don't want him to leave but on the other side, you have to understand that the guy may need to see something else."

'De Bruyne is not normal!'

Henry worked with Manchester City midfielder Kevin De Bruyne while assistant manager with the Belgian national team, and heaped praise on the 28-year-old for his performances this season.

Henry also believes De Bruyne, on 16 assists for the current season, will eventually break his record of 20 assists in a Premier League campaign...

"He's an amazing player, it's just stupid what we are witnessing and I hope people in football do realise that the boy is just not normal.

"His brain is somewhere else, it's just ridiculous and I came across him and worked with him and he's one of those guys you just have to let play because if you start to understand and comprehend what he's doing, you're going to have a headache. He's on another planet.

"I have a little message for Kevin De Bruyne... first and foremost, in the national team we used to joke about the assists record and I always used to say: 'You were not far this year,' and he would always say: 'I'll get you one day.' He saw me at Vincent Kompany's testimonial and he said: 'This year, I'll get you,' and I said: 'You will because you are just incredible.'"

'I wanted Liverpool to go unbeaten'

Liverpool's defeat by Watford earlier in the season scuppered their chances of going unbeaten for the season and matching Arsenal's Invincibles from 2003/04. But instead of being relieved, Henry revealed he wanted Jurgen Klopp's side to match his former side's historical record...

"When you are like that, in a way, you want them to be successful. I'm not having a go and people who think about defending first but my view of football is exactly how Liverpool or Barcelona plays; in different ways, but going forward, in your face, being brave, taking the ball, going forward, putting on pressure and that's why I wanted them to do it because it would have been good for the game.

"People tend to copy the team that is at the top and I love when a team at the top plays like that because it has a good impact on other coaches and football in general. That's why I thought they were going to do it [go unbeaten] and that's why I wanted them to do it. It's so funny because people ask me if I'd be upset if they do it, but why would I be upset?" 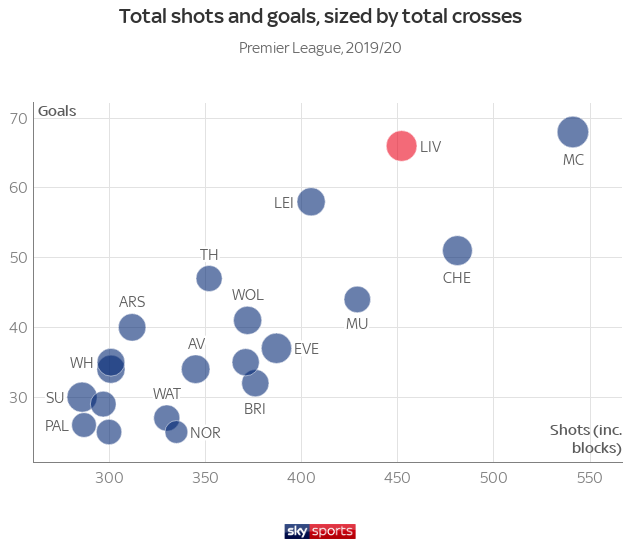 'I gave players a book on leadership'

Now at Montreal Impact in the MLS, Henry's season was halted just two games in. The Frenchman revealed he has given his players a book on leadership to read, and says there must be a degree of trust in his team to work hard during their downtime...

"The only thing is, as you can understand, I didn't have a lot of games with the team so to go back to what we have done before is difficult because we haven't had a lot of games so we're trying to talk, I gave them a book to read about leadership and stuff like that might happen or not.

"But ultimately, as I always say, if you are a champion, you have to prepare yourself no matter what comes your way so the big word in that is trust because we cannot be with them so you have to trust them to do the work. That's all you can do."