Nicholas: "Arsenal have been buying wrong and the players have realised they're not a threat to the Premier League and the Champions League" 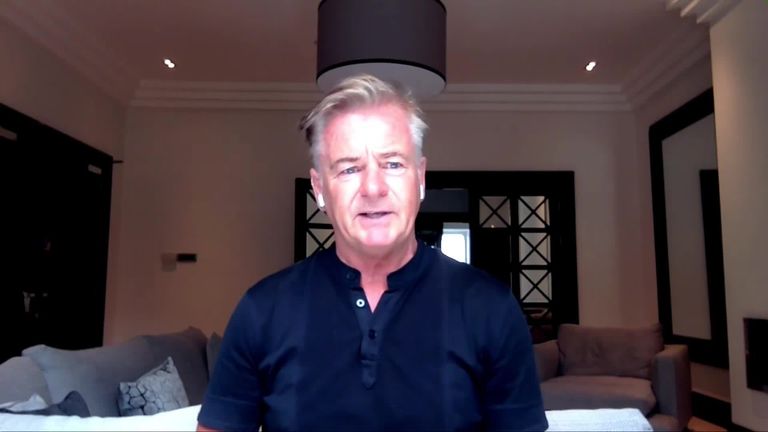 Sky Sports pundit Charlie Nicholas does not believe his former club Arsenal have an identity crisis, but feels they are still paying the price for poor decision-making

Arsenal cannot expect to compete at the top of the Premier League again until poor decision-making on recruitment and player contracts is addressed, according to Charlie Nicholas.

Pierre-Emerick Aubameyang's contract at the Emirates Stadium is set to expire in the summer of 2021 and the Gunners will look to keep the 30-year-old until the end of his current deal if they cannot get more than £20m for him, according to a report in The Sun.

The Arsenal captain would join a long list of key players to leave the club on a free transfer were he allowed to run down his current contract, dating back to the last time they won the Premier League in 2004.

Arsenal have not been considered as title contenders for some time, given their absence from the Champions League since 2016, and Nicholas believes the club continue to be undermined by poor decisions at boardroom level.

"The hierarchy have got it all wrong. If Aubameyang does go, he'll want to go to a club that can win trophies. It's the same as what Robin van Persie did. Arsenal haven't got an identity problem, they've got a decision-making policy problem."

"I don't think they have an identity problem," he told the Football Show. "The reality is for years and years, even under Arsene Wenger, we sold Patrick Vieira, we sold Thierry Henry and most of our big players. There was nothing wrong with change, but we sold them quite young when we weren't perhaps going to get the full benefit of them.

"We let Aaron Ramsey's contract run down and at the age of 28, we let him leave for nothing. We've had a problem at the top level for a long time. It goes as far back as David Dein not being present any more.

"We have a problem identifying the players and then what we did was start paying £30m for Shkodran Mustafi and defenders who have not cut it for Arsenal. We've been buying wrong and the players have realised they're not a threat to the Premier League and the Champions League.

"The Arsenal hierarchy have got it all wrong. If Aubameyang does go, he'll want to go to a club that can win trophies. It's the same as what Robin van Persie did. Arsenal haven't got an identity problem, they've got a decision-making policy problem, and it has to be sorted at the top end."

Speaking on The Football Show, Jamie Carragher thinks Arsenal need to keep hold of Pierre-Emerick Aubameyang, even if it means they risk losing him for free next summer

The country has now been in lockdown for longer than the time before Arteta's appointment as Arsenal head coach, and Nicholas believes the Spaniard will be aware of what his squad requires in order to end their four-year absence from the Champions League.

The Gunners have spent £360m on improving their squad over the past eight transfer windows while they have recouped £175m - but they currently sit ninth in the Premier League this term, eight points off the top four.

"They got themselves in such a rut over bad buys for five seasons," Nicholas added.

"We've been saying things like 'why by Nicolas Pepe for £72m?' Why have they not bought two decent defenders? We still have players at the club like Calum Chambers who have had one foot out of the door on three or four occasions.

"We've had a problem getting the unit right, but I do feel we are holding on to the real good youngsters with Bukayo Saka and Gabriel Martinelli. We don't know how long and consistent they can be and we need to get the balance right with the players with more experience.

"We know Arsenal are going to have to trade quite a bit as they don't have the money. Surely by now Arsenal know if Aubameyang's going to sign a contract, and if they can get decent money they should sell him."

Meanwhile, fellow former Arsenal forward Alan Smith believes Arteta has earned the respect of his players during his first six months in charge, but fears the potential loss of Aubameyang would harm their chances of attracting better recruits.

"Top players want to be at Champions League clubs," he told Sky Sports. "At the moment, Arsenal aren't in that category and this is where Mikel Arteta has a huge job on his hands to change the perception of Arsenal and more importantly to make them a better side to lift them back into the top four.

Who should stay and who should go?

Arsenal's summer could be an interesting one. Head coach Mikel Arteta has only been in charge of 15 games - not a great deal of time to assess his squad.

"It won't be easy as to do that you need quite a lot of money and probably more than Arsenal have got, but Arteta is a manager of authority who has won his squad over. I think he had a part to play in them taking a wage cut so they do listen to him and respect him.

"He will improve the players, but Aubameyang will be looking at his situation and wondering if he has the time and the patience to hang about. If they do lose him, he'd be a huge loss and he's a player who guarantees around 25 goals at season.

"I do feel they're more organised at the top. I feel with Raul Sanllehi [head of football] and Edu [technical director], they have got their act together in terms of planning ahead but I'm not sure the club has the cash or the kudos to attract the top players."