Carragher: "It's not easy to find goal scorers. I'd keep Aubameyang and see what you could do. Could you bring players in around that and maybe in the next 12 months convince him to stay? If not, I still think it gives Arsenal a greater chance of getting back into the top four"

Speaking on The Football Show, Jamie Carragher thinks Arsenal need to keep hold of Pierre-Emerick Aubameyang, even if it means they risk losing him for free next summer.

Jamie Carragher thinks Arsenal need to keep hold of Pierre-Emerick Aubameyang this summer to boost their chances of returning to the Champions League, even if it means they risk losing him for free next summer.

The Arsenal captain's contract at the Emirates Stadium is set to expire in the summer of 2021 and the Gunners will look to keep the 30-year-old until the end of his current deal if they cannot get more than £20m for him, according to a report in The Sun.

That would represent a change of policy for the club with both head of football Raul Sanllehi and managing director Vinai Venkatesham both saying the club will look to sell anyone entering the final two years of their contract should they not wish to renew their deals over the past few years.

But Carragher, speaking on The Football Show on Sky Sports, thinks keeping hold of Aubameyang for another season and trying to convince him to sign a new deal at the club, is the right thing to do.

"It's interesting the Arsenal situation because towards the end of my career at Liverpool we were in this situation quite a lot where you are just missing out on the top four," the former Liverpool defender said.

"Yes, it's okay having rules in place and Arsenal saying: 'We never let a player go on a Bosman ruling'. However, if you are Mikel Arteta, I would be looking at it and thinking, even if he goes for nothing next year, have we got more chance of getting in the Champions League for next season if Aubameyang stays, and that's the decision they've got to make.

'Auba too good for Arsenal'

"At this stage, there's no doubt about it, Aubameyang is too good for Arsenal," he added.

"We had that, at times, at Liverpool with maybe Luis Suarez and certain players that you have in your squad. You are desperate to keep hold of them because you are thinking as a club you want to build around this player and if that player goes you feel like you're starting again.

"That's the problem you have trying to get back into the top four and establishing yourselves again as Arsenal are trying to do. 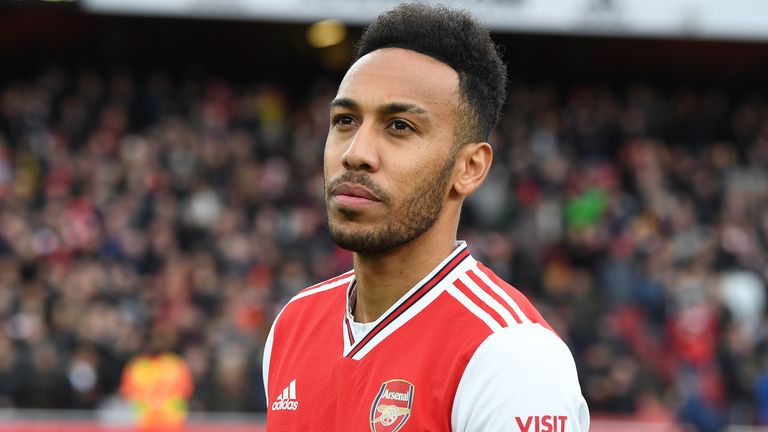 Thierry Henry has urged Pierre-Emerick Aubameyang to stay at Arsenal - but admits he would understand if he chose to leave the club instead after doing the same thing himself as a player.

"That will be a decision for them. It's okay saying if he doesn't want to be there let him go. I hear all this but it's not easy when you are at that club and you have a player of such star quality, who is probably nailed on this season and next season to be there or thereabouts for the golden boot.

"It's not easy to find goal scorers. I'd keep Aubameyang and see what you could do. Could you bring players in around that, hopefully have a successful season and maybe in the next 12 months convince him to stay?

"If not, I think it gives Arsenal a greater chance of getting back into the top four and that's where they need to be."

'Arsenal in this position far too often'

Meanwhile, Gary Neville thinks Arsenal made a mistake in only signing Aubameyang to a three-and-a-half year deal when he joined the club from Borussia Dortmund in January of 2018.

Arteta's side now risk losing their star striker for free, meaning he could follow in the footsteps of Aaron Ramsey, Jack Wilshere and Danny Welbeck, who all left the club after their contracts had expired.

"Arsenal find themselves in this position far too often," Neville told The Football Show. 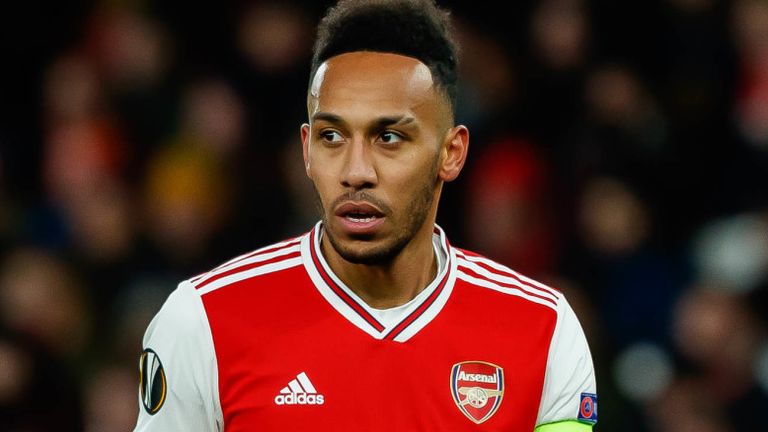 "I think a [three-and-a-half-year] deal for a player who cost £60m, you would at least want that fourth year just so you can control him if he does well in the first two seasons, which he obviously has.

"That's the mistake that's been made from day one with Aubameyang. The fact they are in this position now is through mistakes that have been made previously.

"I think Arsenal are in a position where the players can call the shots. They can keep him for another year, but then he would leave for nothing."