Ozil left out of Arsenal's Premier League and Europa League squad lists; German's contract at The Emirates expires next summer; Lauren: "If you have the quality, if you are a top player, if you are not involved week in week out, I believe that is your own fault" 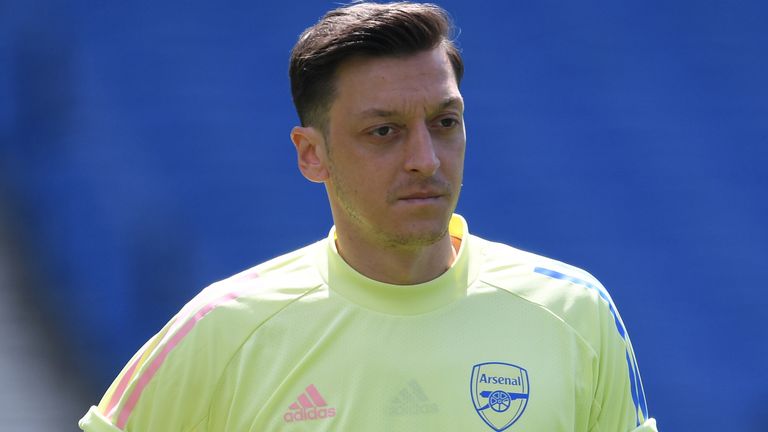 Mesut Ozil will be hurting over his Arsenal exclusion under Mikel Arteta but has himself to blame, according to former Arsenal defender Lauren.

The 32-year-old has been frozen out at Arsenal after being overlooked for the club's Premier League and Europa League squads for this season.

Ozil, the highest-paid player in Arsenal's history, played in every Premier League game under Arteta last season before the campaign was halted due to the coronavirus pandemic but has not featured since.

The German World Cup winner, whose £350,000-a-week contract expires at the end of this season, has accused Arsenal of a lack of loyalty and vowed to keep "fighting" for his chance.

But Lauren, who made 159 appearances for Arsenal between 2000 and 2007, believes Ozil has to look at himself before blaming others.

"Ozil is a top player, it's sad to see a top player not being involved in a team like Arsenal," Lauren told Sky Sports News.

"All of us who follow Arsenal want to see the best players but this situation has not come from now. I believe it is the same with (Unai) Emery and Arteta.

"Arteta would love to have the best players in the squad. If Ozil is not there it's a consequence of many issues.

"First of all, it's the fault of the player. I believe if you have the quality, if you are a top player, if you are not involved week in week out I believe that is your own fault.

"Obviously all of the club have to try to do their best in order to make the player happy and be in the squad and be in the team and play every weekend.

"But the fact that with Emery and now with Arteta he hasn't been consistent it is not the manager. I believe it is more the player than the manager or the club.

"This is what I believe because if you have the quality, if you are a top player and you are one hundred per cent committed in the team they will play you, they won't have any other option.

Wenger: Ozil-Arsenal confrontation not just down to sport 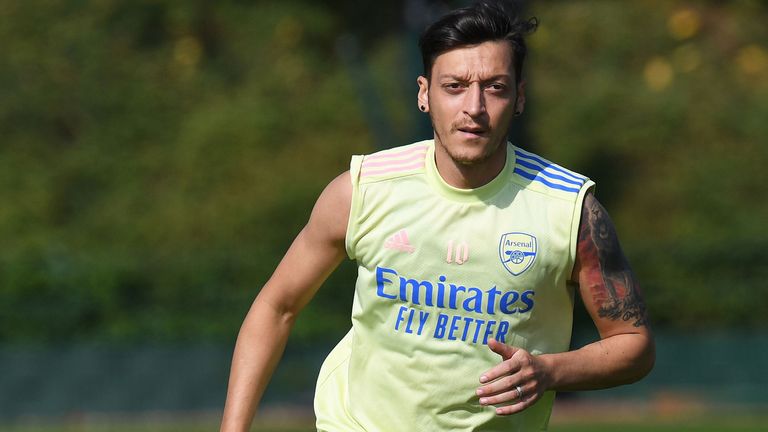 Arsene Wenger, who signed Ozil in 2013 for a then-club-record £42m, has defended the player in his new autobiography My Life in Red and White.

Speaking to Sky Sports News, the former Arsenal boss said: "Mesut Ozil is an exceptional football player. What happens at the moment between him and the club looks to be more confrontational. It's not based only on sport.

"Why is he not playing at the moment? I don't know. When you're a football player you have to respect the decision of your manager and fight to get the confidence back and fight to get back in the team. He can fight, contrary to what people think. He has enough quality to get back into the team, that's down to him now."

Asked why Ozil is not in Arteta's plans, Wenger said: "I don't know.

"I believe he can play in the Premier League. You practise every day and you make sure if it doesn't work you can go and play somewhere else." 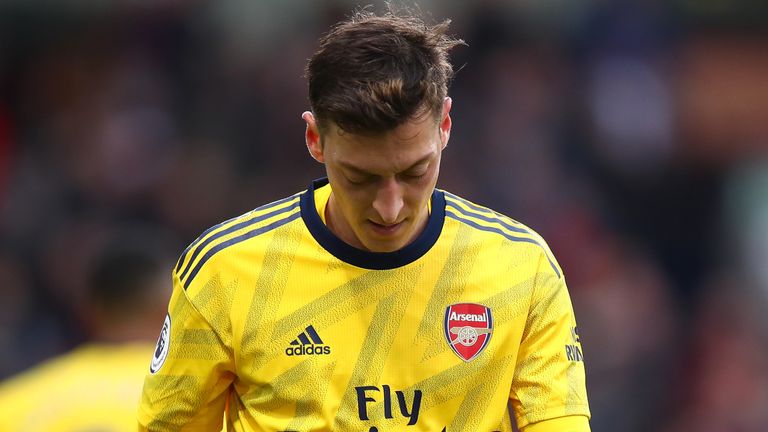 "The lad has got talent so to keep him out of the squad completely is a big gamble by Arsenal. I don't know if Arsenal are trying to make a stand to say they just want him out, that's the only reason I can think of.

"It's a sad day for Arsenal and a sad day for him. People will say: 'He's on £350,000, what does he care', but it doesn't matter how much money you have got, this lad wants to be playing football.