Arsenal travel to Leeds on Sunday on the back of three defeats from four - so where have things not been clicking for Mikel Arteta's side?

Arsenal were thumped 3-0 by Aston Villa at the Emirates Stadium before the international break with the same line-up which had won at Manchester United barely a week before, with defeats to Leicester and Manchester City in other recent games leaving them 11th in the table after eight games.

The Gunners have conceded fewer goals than they had this time in 2019/20, but then sat third in the table, only a point behind eventual runners-up City. But one season later, a lack of goals - and none from open play in their last four league games - have left them as the third-lowest scorers outside the bottom three.

Sky Sports pundit Alan Smith, who netted 115 goals across eight seasons for Arsenal himself, puts his old club's toothlessness down to Arteta still developing the team's tactical balance between defence and attack ahead of the trip to Leeds this Sunday, live on Sky Sports Premier League.

I'm sure Mikel Arteta would like to add to the players he's already got; Willian's come in and not quite reached the levels he had at Chelsea, Pepe is hot and cold, for £70-odd million, that's been a disappointing signing so far, Alexandre Lacazette hasn't kicked on from his first season as well.

"The accent there on the training ground has been on organisation, defensive resolve, not being an easy touch, which he has certainly achieved," Smith told the Pitch to Post preview podcast. "Villa beat them convincingly on the night before the international break, but this season you know what you're going to get defensively from Arsenal.

"When you do work so hard on something like that, quite often your attacking edge can get blunted and we've seen that. It's striking the right balance between the two, and it's a long-term process.

"I'm sure Mikel Arteta would like to add to the players he's already got; Willian's come in and not quite reached the levels he had at Chelsea, Pepe is hot and cold, for £70-odd million, that's been a disappointing signing so far, Alexandre Lacazette hasn't kicked on from his first season as well.

"Eddie Nketiah is a little inexperienced to lean on week-in, week-out, and Gabriel Martinelli is still a way off, as good as he is. So yeah, that is an area that Arteta might be a little worried about."

Arsenal 'need to bounce back' 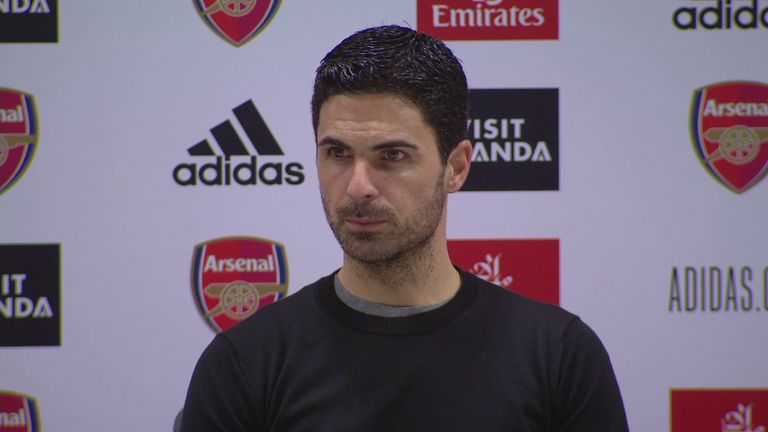 Smith expected Arteta to be left alarmed by the chalk-and-cheese nature of Arsenal's performance in their 3-0 home defeat to Aston Villa only seven days after winning away at a top-six rival for the first time in five years.

He said: "That Aston Villa defeat would have hurt, it was a heavy blow, and Arteta will be hoping it was just a bad day at the office, it was exactly the same line-up which went up to Old Trafford and played so well the week before.

"Not one Arsenal player did themselves justice, he'll have been worried after that match, but he's got his players back together now to try to get back to that organisation which we've seen him instil.

"There's still some concerns, Pierre-Emerick Aubameyang isn't quite himself, I think he's only got one in open play this season, and that's just not him. Arsenal have leant on him too heavily, you've got to have other players stepping up, but they need to bounce back. They need to bounce back from that Villa defeat."

Leeds come into Sunday's clash on a similarly patchy run of form to their visitors, with three defeats from four and back-to-back 4-1 thumpings at the hands of Leicester and Crystal Palace. 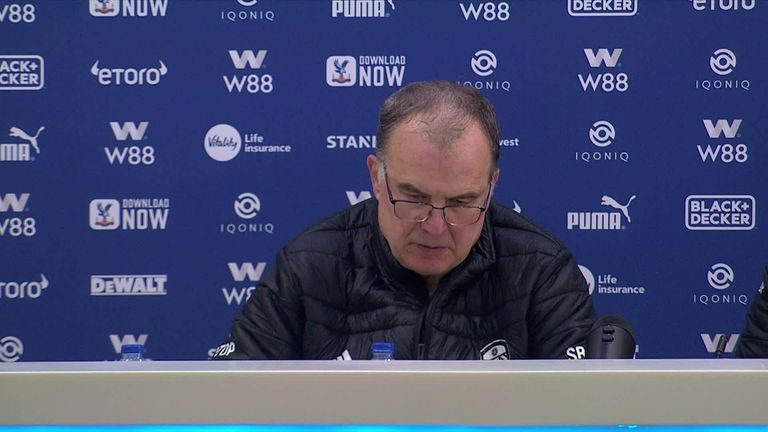 Marcelo Bielsa's side have conceded the joint-highest number of goals across the Premier League this season, and Smith believes this may provide the invitation Arsenal need to find their shooting boots at Elland Road.

"It'll be quite an open game, this is what Leicester profited from and that might help Arsenal," he said. "It's a difficult one to call as they always are after the international break, the coaches have only had their players back for maybe a day and a half or so. People come back at varying degrees of fitness and fatigue and it can be unpredictable.

"For Leeds to have lost their last two games 4-1, there's pressure on them to bounce back and on Bielsa to fix what has gone wrong. I'd have to fancy the Gunners, they've got their own agenda and want to bounce back from the Villa game and get back to the levels they have achieved. Perhaps a close-fought away win."