Arsene Wenger intends to strengthen Arsenal's defence in January, having spent around £50m on forwards Alexis Sanchez and Danny Welbeck in the summer.

Wenger wants cover at the back for the second half of the season, with centre-half Laurent Koscielny currently out with inflamed Achilles tendons, but he used the club's AGM to reiterate his belief in the squad's ability to build on their FA Cup success of last season, which ended a nine-year wait for silverware.

"I believe we have done remarkably well on the transfer market. I agree we could have bought one more player, (but) we did not find.

"We will try to rectify that, because we are a bit short with the injuries we have (defensively), and overall I think we will rectify that in the transfer market in January."

Chief executive Ivan Gazidis insists the club is not sitting on huge cash reserves and dismissed accusations of the Gunners not being willing to spend money.

"There is quite a lot of inaccurate and superficial analysis about the cash that we have available for investment in the squad. That leads to stories for some unspecified reason, we are hoarding a vast cash balance and that is simply not the case," he said.

"There are obvious reasons why we don't broadcast to the world what our player spending position is, but the position is much more complex than is broadly understood."

Gazidis explained that £53m has been committed on recent transfers, with £29m still to pay on previous deals while a further £17m is for "performance related costs". 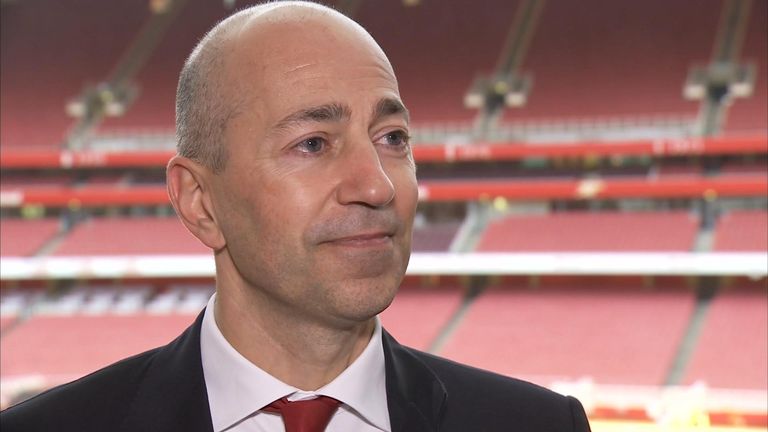 We do try to keep a reasonable amount of cash available for future investment in the team and we think it is always wise, if possible, to have something in reserve.

"The second thing to understand is that we have to, always, keep a substantial amount of cash in reserve in order to comply with our debt obligations.

"Most of the remaining cash is needed to run the club across a full season with all the costs, including player salaries, associated with that.

"We do try to keep a reasonable amount of cash available for future investment in the team and we think it is always wise, if possible, to have something in reserve."

Chairman Sir Chips Keswick was asked directly by one shareholder whether funds had been made available to Wenger in order to buy a defender.

"I don't think that my wish or intention to double guess what Arsene Wenger wants to do - as you know, your board backs him 100 per cent. If he has a plan, we back him, if he doesn't have a plan, we keep quiet," he said.

"So don't let's be in a muddle about who calls the shots about football at the Arsenal Football Club. It is not the chairman, it is not the fans, it is Mr Arsene Wenger."