Arsenal charged by the FA over Calum Chambers' transfer

Arsenal have been charged by the Football Association for an alleged breach of football agents regulations over the transfer of Calum Chambers, the governing body has announced.

The charge is in relation to the England U21 defender's move from Southampton in July last year.

Agent Alan Middleton has also been charged for allegedly breaching the FA’s regulations in relation to the same transfer.

Arsenal have until June 26 to respond to the charge while Middleton has until June 17. 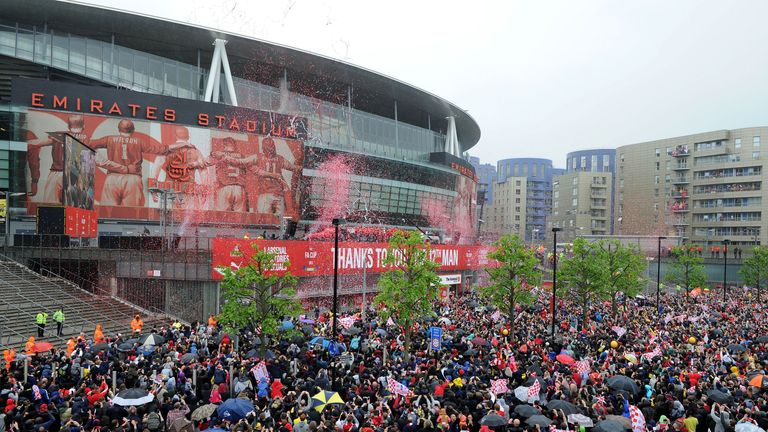 In a statement, Arsenal said: "We have acted in good faith throughout with regard to this transfer. We are considering our position and will make appropriate representations to the FA."

Reports the transfer was being investigated by the FA following a complaint from a third party first surfaced in February.

At the time, Arsenal manager Arsene Wenger played down any concerns.

He said: "I am very happy about his transfer. I made over 350 transfers since I am here. We have a lot of enquiries about them and we never had any problem."

Chambers made 25 appearances for Southampton after coming through the academy system before signing for Arsenal for an undisclosed fee believed to be in the region of £11m.

The 20-year-old played 36 times in all competitions in his debut season at the Emirates, scoring once and won a first senior England cap against Norway in September 2014..

The defender is part of the England's U21 squad for the European Championship, which begin in the Czech Republic next week.