Arsene Wenger is refusing to be drawn into a war of words with Jose Mourinho after the Chelsea manager's dig at the Arsenal boss over his recent spending.

On Monday, Mourinho said people may be surprised at the amount Arsenal have spent in recent years, insisting Wenger’s side are now "more than ready to be title contenders".

But Wenger, whose Arsenal side play Chelsea in the Community Shield at Wembley on Sunday, is taking no notice of Mourinho’s comments, insisting he only spends money on players he thinks will improve the squad.

"We spend when we think we have to spend and do not listen too much to what people think or say," said Wenger. 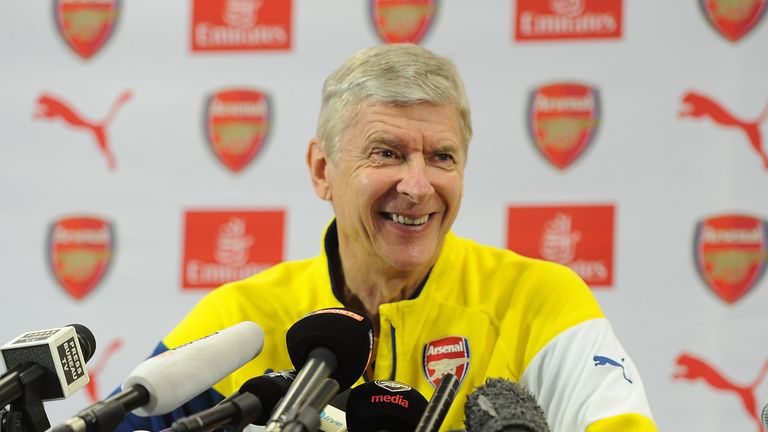 I believe if you one day make the real statistics of the players we have developed here and compare them to all the other clubs you will be surprised.

"We just try to make the right decisions. When we have the money available we spend it, when we don’t have it we don’t spend the money we haven’t got.

"I believe if you one day make the real statistics of the players we have developed here and compare them to all the other clubs you will be surprised."

Wenger also revealed Arsenal have not received an enquiry from Southampton for Calum Chambers amid newspaper reports the Saints were interested in a loan deal for their former player.

"They didn’t try to get him back on loan and I will not consider that at the moment," Wenger said.

"I think it’s important to develop him as a centre-back. At the moment we have just the right number (of players at the club). He will get games here."