Everton have announced the investment of a major new shareholder with Farhad Moshiri taking a 49.9 per cent stake in the club.

Moshiri, a London-based Iranian billionaire and former Arsenal shareholder, sold his stake in Red and White Holdings on Friday to his business partner Alisher Usmanov, allowing him to invest in Everton, subject to Premier League approval.

Sky sources understand the deal has been worked on for over a year and it values the club at £175m.

There is a pledge of investment in the first-team squad as well as investment in a stadium, which is likely to result in Everton moving to a new ground.

Chairman Bill Kenwright said in a statement from the club: "After an exhaustive search I believe we have found the perfect partner to take the club forward. 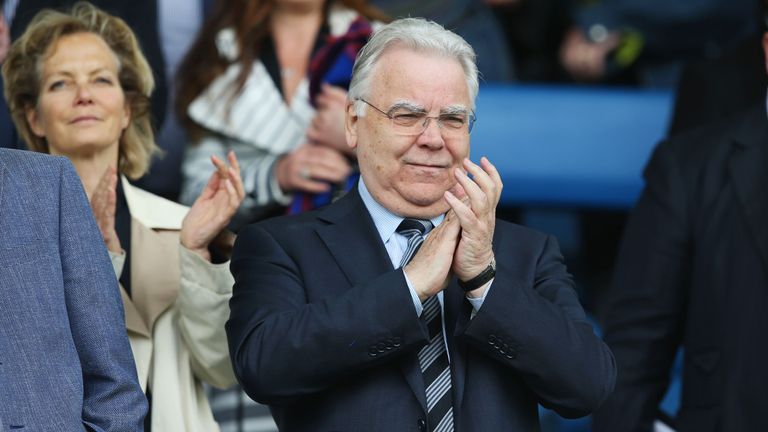 After an exhaustive search I believe we have found the perfect partner to take the club forward.

"I have got to know Farhad well over the last 18 months and his football knowledge, financial wherewithal and True Blue spirit have convinced me that he is the right man to support Everton."

Moshiri, 60, added: "I am delighted to take this opportunity to become a shareholder in Everton, with its rich heritage as one of Europe's leading football clubs.

"There has never been a more level playing field in the Premier League than now. Bill Kenwright has taught me what it means to be an Evertonian and I look forward with excitement to working with him to help deliver success for Everton in the future."

Earlier this month, Everton appeared to be moving towards a takeover after talks with American investors John Jay Moores and Charles Noell were understood to have made progress.

The duo were granted a period of exclusivity, but the club believe Moshiri's investment is the best option to move them forward.

According to American business magazine Forbes, Moshiri's personal wealth is estimated at around £1.3bn.