Andre Gomes joins Everton from Barcelona in £22m deal until 2024 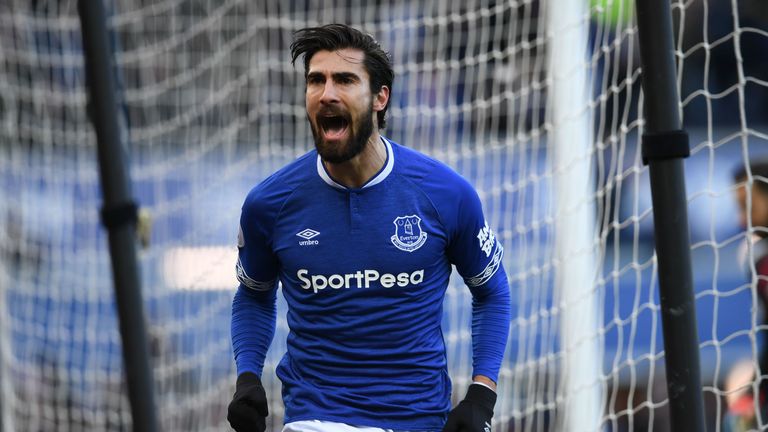 Andre Gomes has completed his £22m move to Everton from Barcelona, signing a five-year deal until June 2024.

The Portugal international said it was an "easy decision" to join the club on a permanent basis after impressing while on loan at Goodison Park last season.

Gomes made 29 appearances as Everton finished eighth in the Premier League, and his performances attracted interest from West Ham, who had bids of £18m and £20m rejected by Barcelona.

It was a good decision to bring Andre to the club and we made it one of our priorities to get him back.

"Last year was a really good experience for me," he said.

"I just wanted to feel part of something special and I found it here. It was good for me in that moment and right now, after signing for Everton, it's even better.

"I think the ambition from the club is not only for me, I think it's for all the players and the fans. We are all excited about that.

"I hope in the seasons to come we can enjoy more good football and win trophies. That's what we all want."

Everton manager Andre Gomes says signing Silva on a permanent deal was one of his priorities this summer.

"Andre was a really important player for us last season and I think we were really able to help him, too," said Silva.

"It was a good decision to bring Andre to the club and we made it one of our priorities to get him back.

"What Andre learned about the club, our fans and our vision convinced him that this is where he wants to play his football and I know he shares the big ambitions that we have going forward."