The 51-year-old had been in negotiations with the Toffees over the past seven days, Sky Sports News understands. 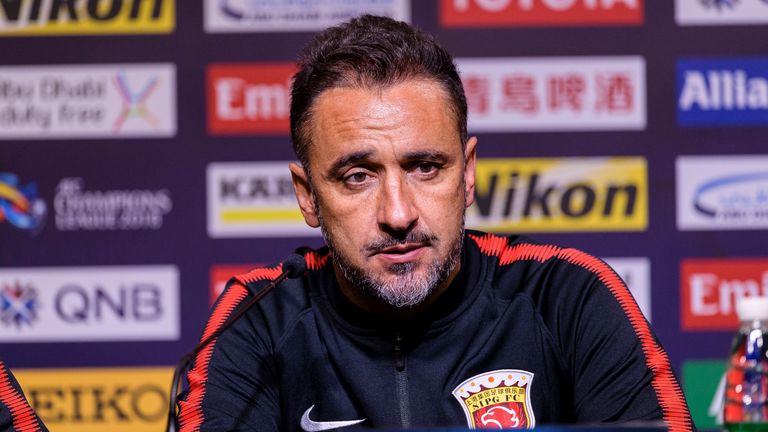 Vitor Pereira exclusively explains to Sky Sports News why he has withdrawn from Everton's process of selecting their next permanent manager.

Vitor Pereira says he has pulled out of the process to be the next Everton manager.

The Portuguese was understood to be the leading candidate to replace Marco Silva, who was sacked last week, heading up a shortlist which also includes former Arsenal boss Unai Emery, Napoli manager Carlo Ancelotti and former Everton manager David Moyes.

"It's always an honour and I am utterly grateful to be considered on a list by a club that I have so much respect for," he told Sky Sports News.

"At this point, I am still the coach of SIPG a club close to my heart in a country that is growing immensely in football.

The Toffees had even hoped to land Pereira before Sunday's trip to face Manchester United in the Premier League, live on Sky Sports Premier League.

It is understood that Pereira's current club Shanghai SIPG, who were desperate to keep hold of their manager, offered him a new £25m-a-year contract to tempt him into one more season in the Chinese Super League. 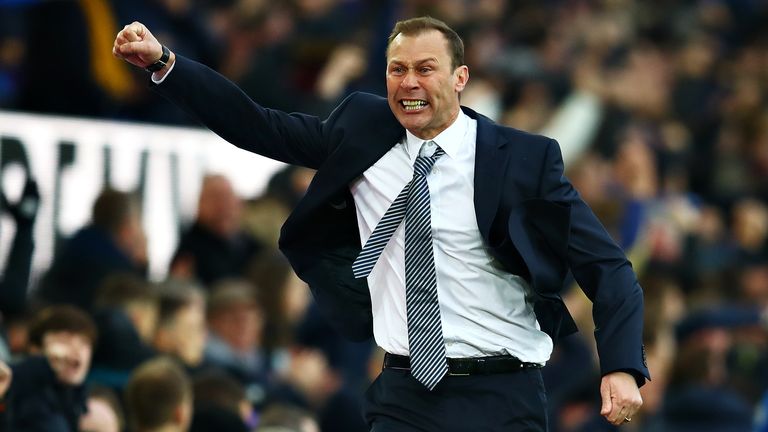 Duncan Ferguson embodies everything Everton fans want in a player, according to Andy Dunn, after he won his first game in caretaker charge against Chelsea.

Pereira has managed a number of top European clubs including Porto, where he won back-to-back Portuguese top-flight titles, and Olympiakos, where he won a Greek domestic double in 2015.

Duncan Ferguson is currently in caretaker charge of Everton and won an emotional first game in charge, beating Chelsea 3-1 at Goodison Park.

"I was interested that [Pereira] was actually among the favourites. They went down the Marco Silva route. Personally I didn't quite understand [why] they pushed the boat out so much to get him in in the first place and of course it hasn't worked out for him. 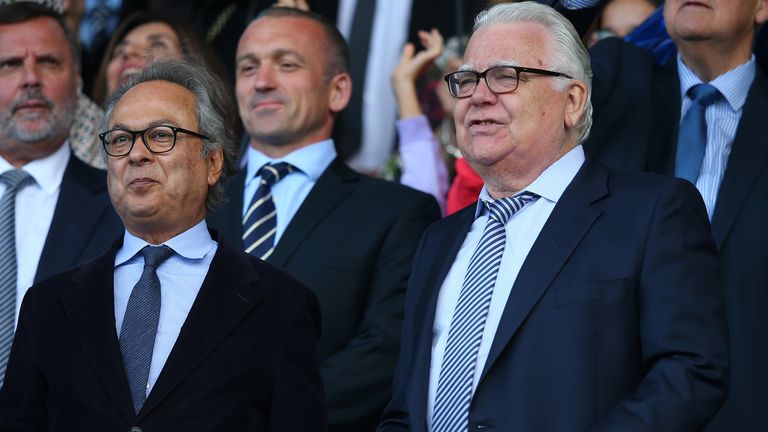 Tony Cottee says Everton need to make a quick decision on the successor to Marco Silva and believes Duncan Ferguson should be under consideration.

"I would have thought they would be looking at potentially a British manager as a different route. Like a David Moyes or Duncan Ferguson.

"It was a fantastic result for the club at the weekend. Surely Duncan must be in their thoughts. Whether he wants it or not is another matter. He is a great character.

"They need to make a quick decision I think. Once you change your manager you don't want it dragging on. There are a lot of games coming up over Christmas - they need to get in a manager, whoever that might be."