Tottenham players are the dominant force in the latest Power Rankings, with Harry Kane soaring to the summit after scoring twice and assisting another during the 5-0 win over Burnley.

Team-mate Heung-Min Son (No 5) teed up Kane's opener and scored a goal-of-the-season contender for Spurs' third, while Dele Alli (No 4) also retains his place among the top performers.

Newcastle captain Jonjo Shelvey maintained a renaissance in form with his third goal in as many games during a 2-1 win at home to Southampton to secure the runner-up spot.

Three Leicester players are among the elite, with Jamie Vardy (No 3) leading the way after scoring his 11th goal in just eight games with a double during the 4-1 win at Aston Villa, followed by James Maddison (No 6) and Ricardo (No 7).

Liverpool's Virgil van Dijk (No 8) makes the top 10 after a 3-0 win at Bournemouth, while Kevin De Bruyne slips to No 9 and Chelsea's Mateo Kovacic (No 10) surges up the chart after his consolation in a 3-1 defeat to Everton.

In terms of clubs' form players, teams in the relegation battle will be looking to their talismans during the festive period, including Ismaila Sarr (Watford), Teemu Pukki (Norwich), Danny Ings (Southampton) and Jack Grealish (Aston Villa). 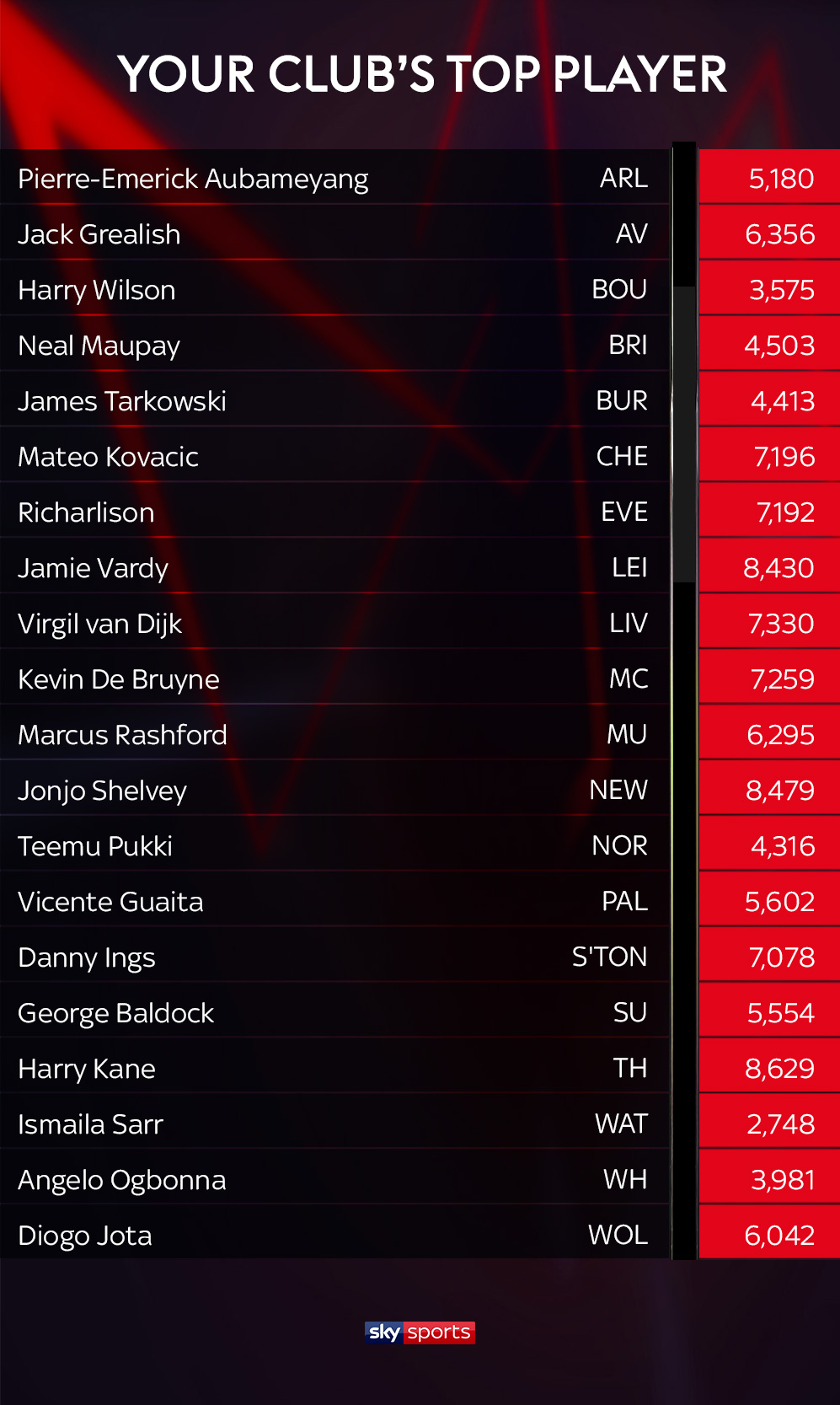