How are the Sky Sports Power Rankings calculated?

How are the Sky Sports Power Rankings calculated?

Each week we list the top-performing players in the Premier League. These Power Rankings are based on points awarded to players for 35 different statistics - from goals and assists, to blocks and tackles.

Goalkeepers, defenders, midfielders and forwards receive a different number of points for certain achievements - for instance, a defender is awarded more points than a forward for scoring a goal.

Online, the standings will take into account the number of Power Ranking points a player has earned over the past five matchdays, with each previous game worth 20 per cent fewer points in incremental deductions.

We will reveal the top 50 performers in the accumulative season chart at the end of the campaign, without any percentage reductions - to reveal this season's overall winner.

See the graphic below for the maths behind the Power Rankings... 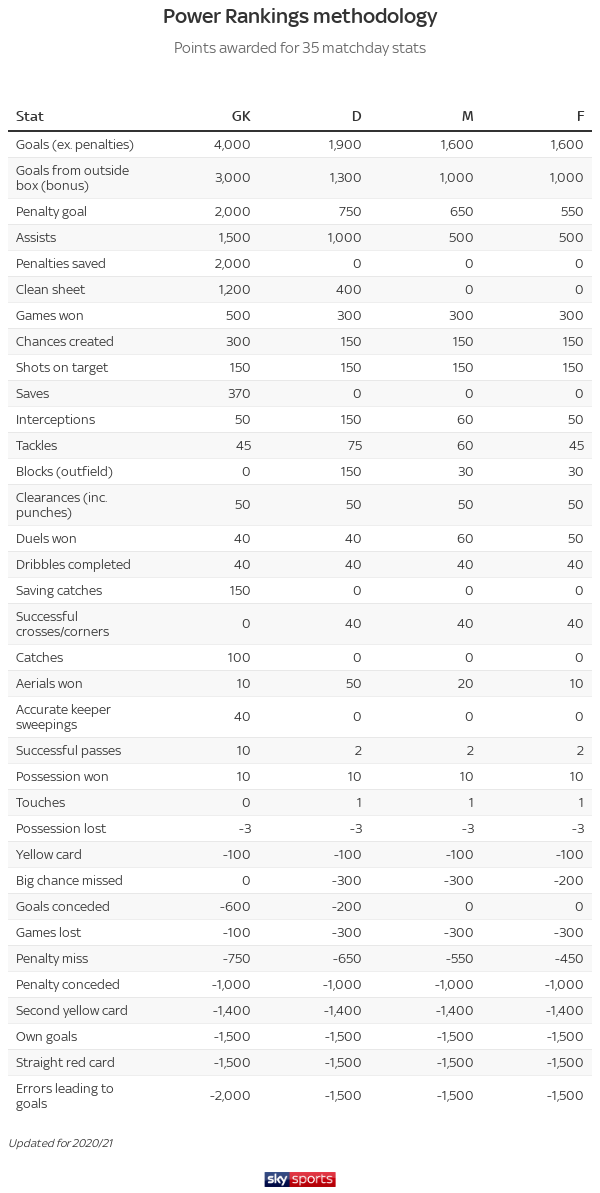