Ancelotti to be in stands for Everton vs Arsenal; Italian's first game in charge against Burnley on Boxing Day

Carlo Ancelotti has been appointed Everton manager on a four-and-a-half-year deal.

The Italian will be in the stands at Goodison Park with the club's owner Farhad Moshiri and chairman Bill Kenwright for Saturday's lunchtime game against Arsenal, with Duncan Ferguson continuing his caretaker role.

Ancelotti will then meet his new players and start his new role from Sunday, with his first game in charge against Burnley on Boxing Day.

Ferguson and Ancelotti's son Davide will work as assistants to the 60-year-old.

Ancelotti said: "This is a great club with a rich history and a very passionate fan base. There is a clear vision from the owner and the board to deliver success and trophies.

"That is something that appeals to me as a manager and I am thrilled at the prospect of being able to work with everybody at the club to help make that vision a reality.

"I have seen from the performances in the last two weeks that the players are capable of so much. The work Duncan has done is a great credit to him.

"Strong organisation, strong discipline and the right motivation are some of the key ingredients in football and I'm pleased that he will be part of my backroom team moving forward."

The appointment of Ancelotti is a major coup for Everton, who sit 16th in the Premier League table, three points above the relegation zone.

He is one of only three bosses to have won the Champions League three times - twice with AC Milan and once with Real Madrid - as well as winning domestic titles in Italy, England, France, Spain and Germany.

Ancelotti won the Premier League, FA Cup and Community Shield during his spell at Chelsea between 2009 and 2011.

He has since managed Paris Saint-Germain, Real Madrid and Bayern Munich before a troubled start to his second term at Napoli came to an end last week.

Marcel Brands, Everton's director of football, added: "Following a rigorous process conducted by all of our directors, it is a pleasure to now welcome Carlo Ancelotti to Everton.

"He is one of the finest managers in world football and a proven winner, having achieved a remarkable level of success in each of Europe's major leagues.

"He is the perfect appointment for us. He embraces our vision for the club and we are sure that his enthusiasm to take the helm at Goodison together with his tactical abilities and well-renowned man-management will make him successful in this role.

"This was a clear and exciting decision for the board to make. It was a unanimous choice and one we were all fully united behind throughout.

"Carlo has proven time and again, he knows how to build a trophy-winning side and we share the excitement of our fans at the prospect of him leading our team in the years ahead. We're all greatly looking forward to working with him."

Paul Merson questions whether Carlo Ancelotti is the right fit for Everton, given the scale of the task he faces

Ancelotti comes in as a permanent replacement for Marco Silva, who was relieved of his duties following Everton's 5-2 defeat in the Merseyside derby earlier in December.

Interim boss Ferguson, who was placed in temporary charge after Silva's departure, oversaw a 3-1 victory over Chelsea, a 1-1 draw away at Manchester United and a defeat to Leicester on penalties in the Carabao Cup quarter-final.

'This is a real coup for Everton'

"It's a real coup for Farhad Moshiri. He's always said that he wanted a very, very top-class manager.

"I don't think they come any more top-class than Carlo Ancelotti.

"With Carlo Ancelotti, it will be a very different look and he'll bring all of his experience. Three Champions League final wins, titles in every country he's managed. 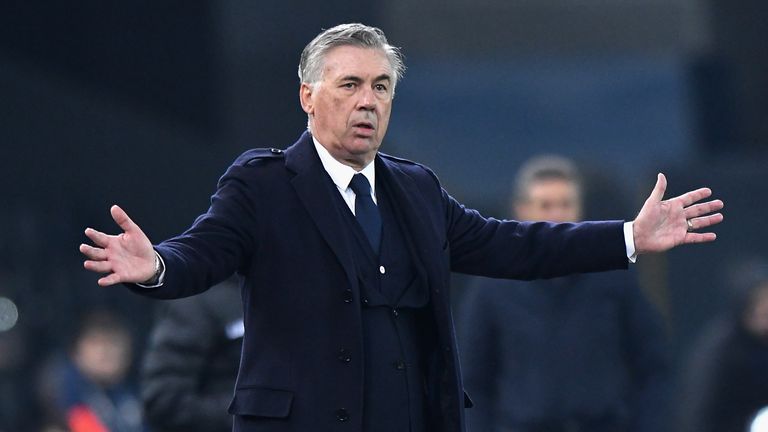 "It will be very different. They used to have a saying back here in the 1960s about the 'School of Science'. They always played good football.

"Everton are down the bottom of the table at the moment, they'll need to fight and scrap for those points in the coming weeks and I'm sure they will. Charlie Nicholas feels Everton could have given Duncan Ferguson a longer period in charge, but believes the club's hierarchy wanted a 'big name signing'

"I think Duncan Ferguson will be a real help for Carlo Ancelotti. He knows the players, he knows the team. He's the only one that has been around the last three or four managers.

"So he will know the players and the club and he'll be able to impart that information on Carlo Ancelotti. A very valuable member of staff."

'Ancelotti needs to go in and rebuild the club'

Former Everton striker Tony Cottee has worries the club do not have the right mentality for Ancelotti to go in and be successful.

"My main concern is that when he arrived at Chelsea there was a winning mentality at the club and they'd already won trophies. He went into the club and he carried on winning trophies. He obviously did a good job and was very well liked," said Cottee.

"My only worry is where Everton are at the moment. They're not a club that has been winning lots of trophies, they haven't won anything since 1995. He needs to go in and rebuild the club." 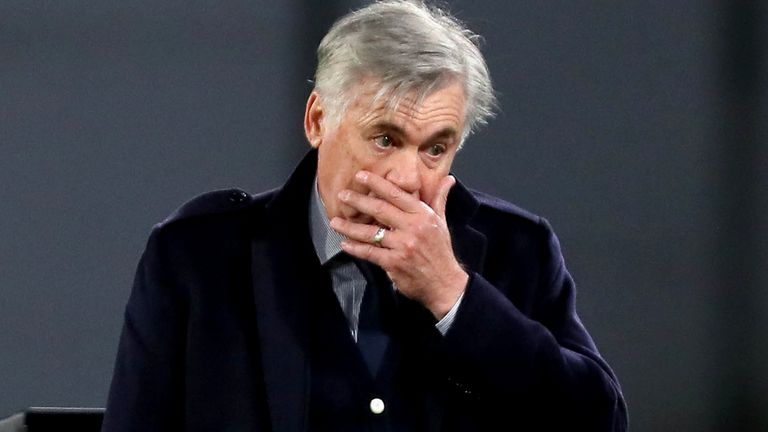 However, Cottee, who made 184 appearances for Everton, believes the Italian's previous experience in the Premier League stands him in good stead going into the job at Goodison Park.

He said: "I think it's a good appointment. I think the fans will be excited by the appointment. I don't really need to sing his praises - he's won trophies all around Europe.

"The fact he's won trophies with Chelsea, he'll know what to expect, he won't be surprised by the pace of the league and all the things managers that come from Europe can experience."