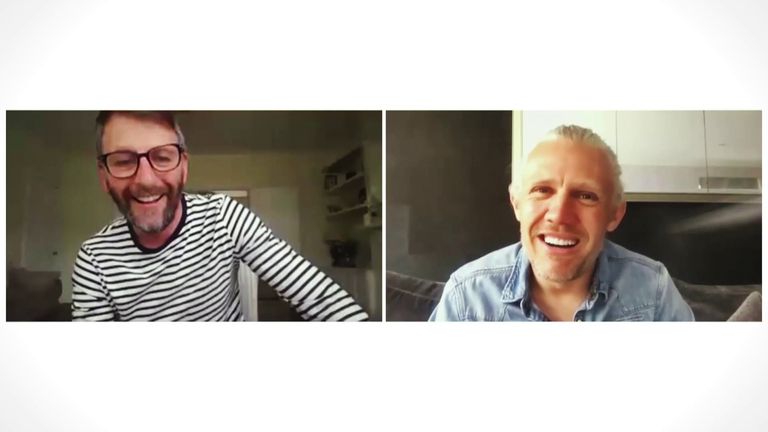 Soccer AM is back this weekend and ahead of its return, Fenners recalls when Jimmy Bullard crossed Everton legend Duncan Ferguson during his playing days

Duncan Ferguson developed a reputation for being one of the Premier League's hardest men during his career, and one lively episode was recalled by Soccer AM presenter Jimmy Bullard ahead of the show's return to the screen this weekend.

Bullard featured in the Wigan team that faced Ferguson's Everton in February 2006 when the red mist descended on the big Scot, seven minutes after his arrival as a 73rd-minute substitute at the DW Stadium.

A punch into the solar plexus of Wigan defender Paul Scharner brought Ferguson the eighth dismissal of his career and a three-match ban - and Bullard has been reminded of his response to the incident regularly ever since.

"I get pulled up all the time about this," Bullard told The Football Show. "Soccer AM were the first to play this clip as this was a midweek game. He'd only been on the pitch for a bit!

"I was telling him to calm down, but he'd gone. He'd lost the plot. I always want to get involved if there's a bit of drama. I loved it as a player.

"I knew [Everton forward] James McFadden and I asked him if Dunc was alright. He told me not to say anything.

"Mike Dean gives him the red card, and as he's walking away, I told Dunc I'd see him in the tunnel, for a bit of banter but that backfired. Lee McCulloch and McFadden told me that was a bad idea.

"It was a disaster as he was waiting in the tunnel and there was still 15 minutes to play. It was the worst 15 minutes I've ever had, as I kept looking over thinking he was going to punch me!"

Tap or click play on the video above to watch Fenners and Bullard revisiting the incident on The Football Show.