Everton have completed the signing of Bournemouth forward Joshua King on a permanent deal.

The 29-year-old moves to Goodison Park for a nominal fee, and has signed a six-month contract with his new club.

His arrival comes just days after the Toffees allowed striker Cenk Tosun to return to his former club Besiktas on loan until the end of the season.

Fulham also agreed a deal to sign King on Deadline Day, but the Norway international turned them down in favour of Everton. The London side did bring in a striker though, signing Josh Maja on loan from Bordeaux.

King's contract with Bournemouth was set to expire at the end of the season and after a year of speculation linking him with various Premier League clubs, his five-and-a-half-year stay on the south coast is now over.

King, who scored 53 goals in 184 appearances for the Cherries and became the club's record scorer in the Premier League before their five-year top-flight stint came to an end at the end of 2019/20, has failed to find the net in 12 Sky Bet Championship appearances this term.

King has long been linked with a move away from the Vitality Stadium, even before Bournemouth's relegation last season, with the Norway international's former club Manchester United seeing a £20m bid rejected last January. 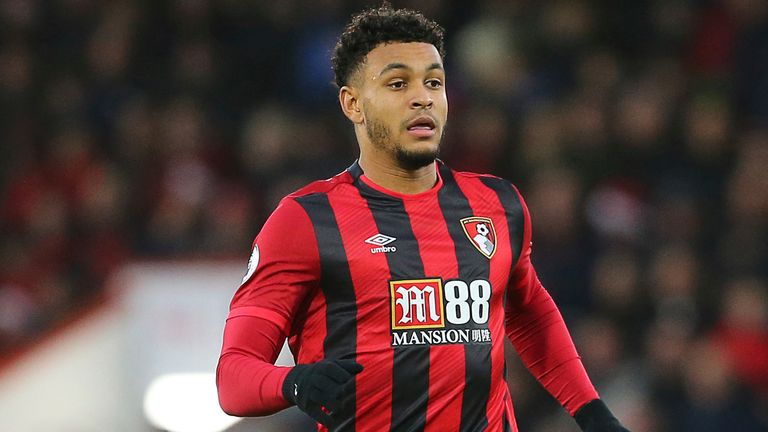 It was thought that four of the Premier League big six wanted his signature after the Cherries suffered relegation to the Championship on the final day of the 2019/20 campaign.

West Ham, meanwhile, saw a £13m bid for King rejected by Bournemouth in October and West Brom made no secret of their interest in him either, with Sam Allardyce previously admitting the Baggies would look to sign King in January if the price was right.

Burnley were also believed to be interested in bringing in King this month.

Bournemouth have signed Southampton forward Shane Long on loan for the rest of the season as King's replacement.

Bournemouth manager Jason Tindall said of the 34-year-old: "I am delighted to bring an attacker of Shane's experience and quality to the club.

What can Everton expect from King?

King has struggled for goals this season and has been in and out of the Bournemouth team due to uncertainly around his future on the south coast.

He netted six times in the Premier League last term, but that return came from just 13 shots on target in 24 starts.

The stats highlight King's consistency, ball-carrying skills, defensive qualities, clinical finishing and unique versatility. Coupled with his top-flight experience and previous contract status, it is no wonder he attracted interest.