Tottenham boss Antonio Conte: I don't like drawing but 0-0 at Everton is a good start

Antonio Conte replaced Nuno Espirito Santo in midweek; Spurs failed to muster a shot on target but did strike the post from Giovani Lo Celso as they drew 0-0 with Everton at Goodison Park in the Italian's first Premier League match in charge 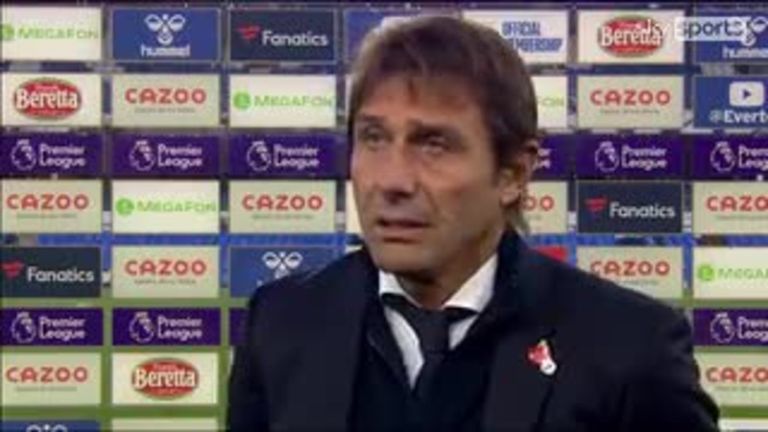 New Tottenham head coach Antonio Conte called the goalless draw with Everton a "good start" but admitted he does not like drawing games.

After a scrappy affair low on quality, there was no instant bounce for Spurs, who were well organised at Goodison Park but lacked a cutting edge in the final third. Giovani Lo Celso hit the post with two minutes remaining but Tottenham have now failed to score in their last three games in the Premier League, a run of 347 minutes without a goal, and they have not had a shot on target for their last 225 minutes of league football.

"I'm happy with the draw as we have to start," Conte told Sky Sports.

"I started to work with my players on Wednesday. We've had two games that were vitally important as we needed to win in the Conference League - we want to be competitive in that competition to give satisfaction to our fans. Then to play at Everton is not a good place for the opponent. I have seen some situations in the tactical aspects but the situations I liked were the players wanted to fight. This is the best news.

"For at this moment, the result is good. We needed a point to start. Now we need to keep close to the fourth place and be competitive to close the gap.

"The game against Vitesse was important as we could use video to show the players what we want. For sure, we made mistakes. But we need to work and memorise situations with the ball. We need to understand very well when to go and press to break the defensive line. Usually I'm not happy after a draw, but the work is the only medicine for us."

Things could have been worse for Spurs had referee Chris Kavanagh not overturned his second-half decision to award a penalty for a Hugo Lloris foul on Richarlison, having viewed the pitchside monitor.

Conte and opposite number Rafael Benitez were at odds over whether that was the correct course of action.

"My view is very simple - if VAR calls you and you go and watch you see then it is difficult to make a mistake," said Conte.

"I have seen and Lloris has touched the ball before. To make a mistake after watching VAR is impossible and I am sure in this situation he took the right decision for him." 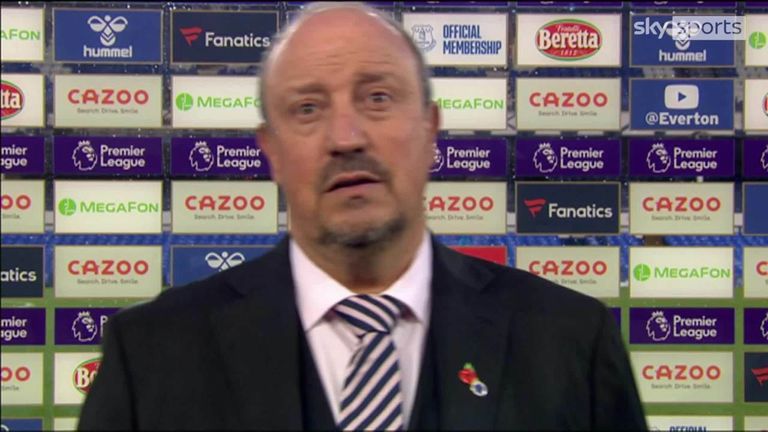 "In the middle of the pitch it is a foul so in the box it has to be foul."

Those expecting Conte to wave a magic wand and instantly turn Tottenham into a top-four challenging beast again got a bit of a surprise at Everton. For large parts of the tedious stalemate, it looked like a Nuno Espirito Santo side playing in a 3-4-3 formation.

The tactic was to try and play forward quickly in transition through the more central Lucas Moura and Heung-Min Son feeding off Harry Kane, but a combination of slow passing and some dogged midfield play from Allan and Fabian Delph made it a struggle for Spurs. There was joy to be had down the channels for Spurs, especially in the first 45 minutes but Emerson Royal and Sergio Reguilon have not quite got the clinical edge in front of goal which Conte usually demands from his wing-backs.

Conte's arm-waving on the touchline in the second half was a key pointer his message to his Tottenham players is going to take time, or maybe a transfer window or two, to get across.