Gibbs-White is a product of Wolves academy and has played 86 times since breaking through at the start of 2017; the England U21 international spent last season on loan at Sheffield United and scored 12 goals; Frank Lampard's Everton have only made one signing so far in this window

Everton remain in talks with Wolves over the signing of midfielder Morgan Gibbs-White after a £25m bid was rejected last week.

Sky Sports News revealed last week that the Toffees' first offer, which included add-ons, was knocked back, with Wolves believing the England Under-21 international can be a big player for Bruno Lage's side this season.

Everton and Wolves still disagree on the player's valuation with the Molineux club still undecided on whether Gibbs-White - who has two years left on his contract - should be sold.

If a deal is agreed between the two clubs, then personal terms is not expected to be a problem at Everton's end.

After spending last season on loan at Sheffield United, Gibbs-White is back in pre-season and scored in Wolves' 3-0 victory over Burnley last week. 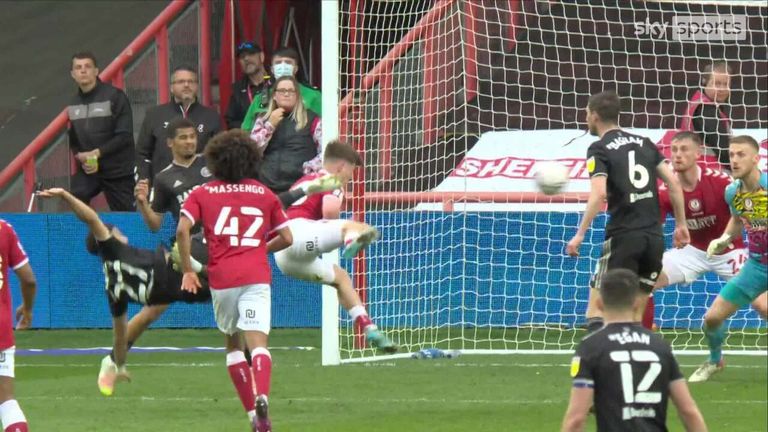 Gibbs-White is a product of the Wolves academy and broke into the first-team in January 2017. The midfielder has featured 86 times for Wolves since then, but has only made 20 Premier League appearances in the past three seasons.

Last season, Gibbs-White was used in a more attacking role at Sheffield United and scored 12 goals in 37 matches in the Championship - with the Blades reaching the play-off semi-finals where they lost to promoted Nottingham Forest.

Frank Lampard's Toffees have only made one signing in this summer transfer window so far - the free signing of former Burnley defender James Tarkowski on a four-year deal.

Sky Sports News revealed in June that Everton are admirers of fellow midfielder Harry Winks, who has been told by Tottenham to find a new club this summer.

The Toffees have lost Brazilian striker Richarlison to Spurs in a £60m transfer, while Newcastle have been warned off winger Anthony Gordon.