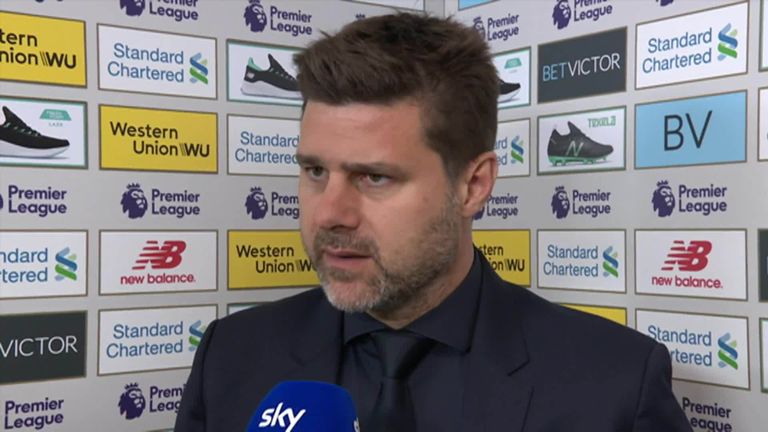 Mauricio Pochettino admits Tottenham are now in a vital mini-league to secure a top-four spot after their late defeat by Liverpool.

Pochettino, who was in the stands serving the second of his two-game touchline ban, claims his players are "heroes" for getting this far under difficult circumstances this season, with no spending and constant disruption over their new stadium, but is aware how important the remaining games are.

He told Sky Sports: "Now we start a mini-league, with seven games ahead, in the top four it is in our hands.

"With all the circumstances happening this season, they are more than heroes, and we need to keep the trust and confidence, and of course we are going to fight to be in the Champions League. 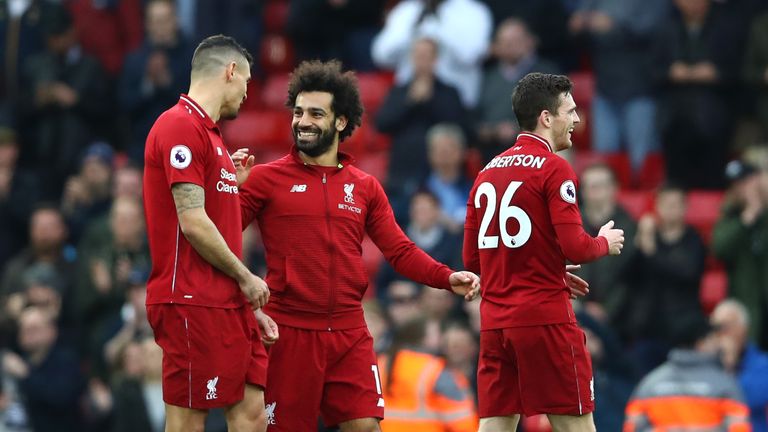 "But I am happy with everyone. It is important to understand the circumstances of the team, of the club, of course no excuse or justification, but you know, the most important is to feel that you dominate a team that is building to win the league and Champions League. "

Regarding the defeat, Pochettino was in a positive mood, despite the sloppy late own goal, and would not blame any of his players despite Hugo Lloris' weak parry and Alderweireld's touch toward his own goal.

"It is tough to lose a game in that way, but in the end I think I am happy because the emotion and feeling we got today I think is going to help us.

"In football it happens. We need to support our players and know that this type of situation can happen. It's unlucky and difficult to deal with that because it's so difficult to explain.

"They team spent more than £100m in the summer, that is the satisfaction, but we need to keep going, improving and learning.

"The performance was very good. In the second half we dominated a team like Liverpool. It is not easy to come here and compete against them.

"In the second half we started to play with confidence, and started to create more chances, and to dominate."

Follow behind-the-scenes coverage of Spurs' stadium opening before their Premier League clash with Crystal Palace on Wednesday on SkySports.com and on the Sky Sports App from midday

Lloris 3. Robertson 8. And what else in-between? Read our detailed player ratings HERE