Paulo Dybala is considering his future at Juventus amid reports linking him with an £80m move to Tottenham, according to Sky in Italy.

The Argentinian international forward, who is currently on an extended break after playing for his country at the Copa America, has reportedly attracted interest from Spurs.

In four seasons at Juventus following a move from Palermo, Dybala has scored 78 times in 182 appearances.

Tottenham would have to break their transfer record for a second time this summer though, following the £63m spent on Tanguy Ndombele from Lyon. 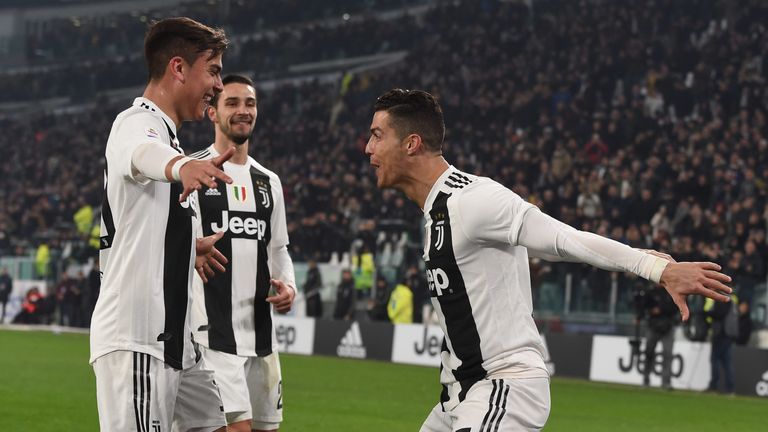 However, after Tottenham's 2-1 defeat to Manchester United in the International Champions Cup in China, manager Mauricio Pochettino refused to talk about potential signings for the club.

Pochettino said: "I don't want to talk about signing players, selling players, extending contracts of players. That is going to be through the club to update you if they want.

"If you are going to ask me [about transfers], I am not going to answer because I don't have an answer."

Talking following the signing of a new sponsorship deal worth £40m a year, Tottenham chairman Daniel Levy also said: "If I'm honest we don't feel the pressure. Our view is wherever we can, we will improve the team.

"I think it is fair to say we have embarked over recent years on two very major capital projects [the new stadium and training ground] which I think will be a great benefit to the club. But we will continue wherever we can to improve the team."

Manchester United were also thought to be interested in the 25-year-old, with a swap deal for Paul Pogba a potential option, but this has not been confirmed by anyone at the club.