What happened between Tottenham and Mauricio Pochettino? How long had Spurs been talking to Jose? What has "The Special One" been promised?

Jose Mourinho is the new head coach of Tottenham Hotspur but just how did their deal come to fruition and why did the club decide to move on from the popular Mauricio Pochettino?

News broke on Tuesday evening that Pochettino had been dismissed from the role he had held since May 2014 and the rumour mill over his replacement soon kicked into gear with Mourinho quickly installed as the early favourite.

Less than 12 hours later, last season's losing Champions League finalists had indeed announced Mourinho as their new boss, bringing a speedy end to what turned into a whirlwind day in the life of one of the Premier League's biggest teams.

So how did Jose end up at Tottenham?

The deal was brokered by Israeli super-agent Pini Zahavi.

The man who took Neymar to Paris St Germain in a world record £190m deal was the driving force which convinced Daniel Levy that Jose Mourinho was the man to turn Tottenham's fortunes around.

Those negotiations continued for more than a fortnight - and only in the last week have face-to-face talks, between Levy and Mourinho taken place.

We understand those negotiations took place in London.

Discussions centred around the present squad, the style of play Mourinho would adopt and potential transfer budgets. We understand while Jose believes the squad is strong, it is under-achieving and has the potential to be successful. Funds will be made available if deemed necessary.

Why did Tottenham opt for Jose?

Zahavi became convinced that, while Mourinho had come close to re-joining Real Madrid in recent months, a deal for him to take over the reins at the new Tottenham Hotspur Stadium was possible. 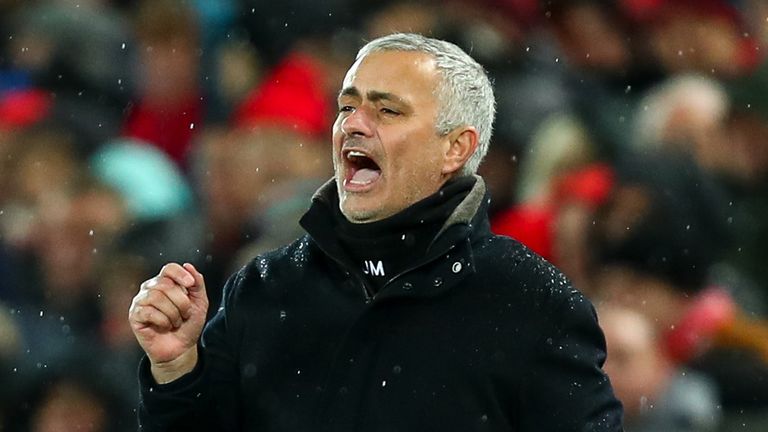 Graeme Souness believes it is the ideal time for Jose Mourinho to join Tottenham, and expects him to deliver trophies to the club.

The 76-year-old, who spends his time between homes in Marble Arch and Tel Aviv, was the man who convinced Roman Abramovich back in 2004, to bring the then 41-year old Porto manager, to Stamford Bridge.

Now, 15 years after Zahavi ushered 'the Special One' through the doors of Stamford Bridge, he has brought about Mourinho's return, tasked with creating another dynasty at one of the Premier League's top clubs. 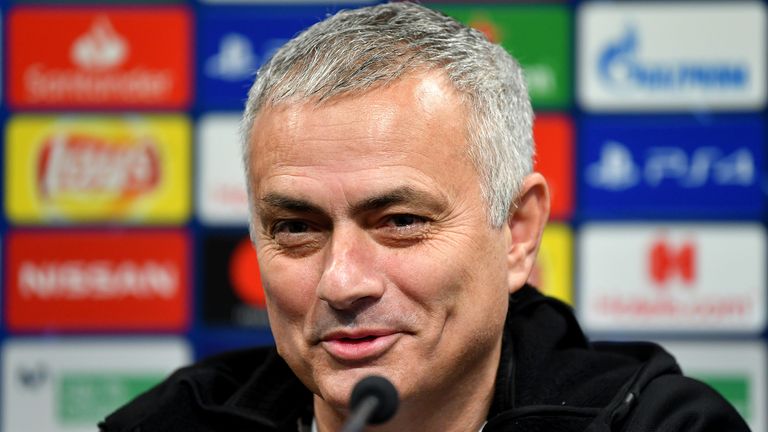 As Jose Mourinho returns to the Premier League once again, take a look back at some of his classic press conference moments.

During several rounds of negotiations over the past month, Zahavi convinced the Tottenham chairman his club was missing a winning mentality and the 56-year old Mourinho would bring that to their stunning new £1bn north London home.

Zahavi explained how Jose was perfectly placed to arrest Tottenham's decline, to instil a new belief in the squad - and how he was desperate to get back onto the training ground to work with players after 11 months out of the game. 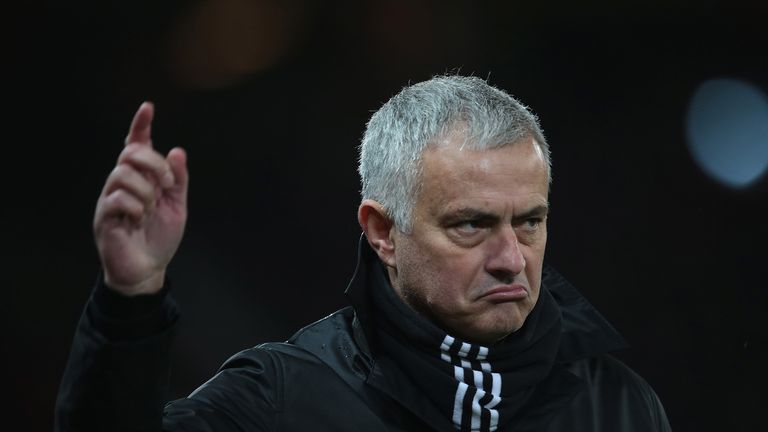 Mourinho had prioritised a return to the Premier League because he was motivated to win major trophies with a third English club. He turned down China and a host of other European jobs to wait for the right project and clearly he feels this is it. There is no doubting what his main priority is and that is to deliver success. Ultimately this is what has been most enticing for Spurs.

Who else was considered?

Sky Sports News understands there were three other managers on Levy's shortlist to take over from Pochettino but only one more of that trio is currently out of work.

What next for Jose and Tottenham?

As part of the negotiations with Daniel Levy, Mourinho was promised funds to improve the squad in January and in the summer transfer window, if he felt necessary.

We have been told Jose believes Tottenham already has the players to turn their season around and challenge for honours. 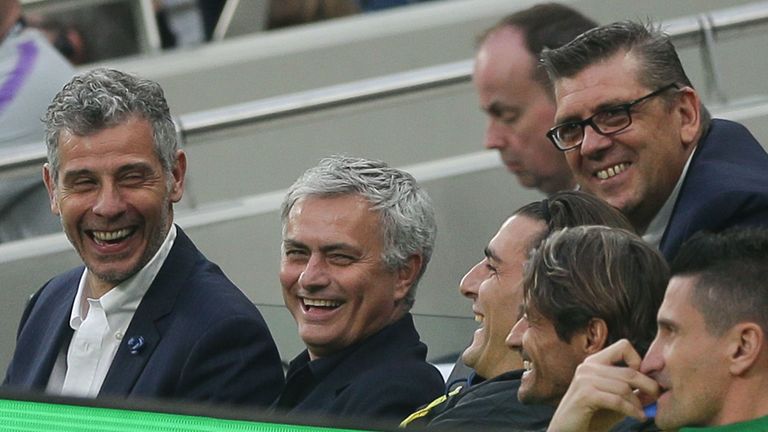 Former Tottenham midfielder Paul Gascoigne believes the club's players will be excited about the prospect of working with Jose Mourinho.

He's looking forward to working with them and believes with the players, along with the stadium and the training facilities in Enfield, the club has everything it needs to be successful in the seasons ahead.

Sky Sports News has also been told Tottenham's players are looking forward to working with Mourinho.

What happened between Pochettino and Tottenham?

Sky Sports News has been told the relationship between club chairman Daniel Levy, the board and their manager had turned sour in recent months.

In particular, Pochettino's suggestion that he had planned to leave Tottenham if they had won the Champions League final in June was bad for the morale of the whole club, not just the players - and was seen as a big mistake.

Frustrations grew that Pochettino was being linked to Real Madrid and Man United, but never said: "This is my club; I want to stay here." When results and performances continued to nosedive, the decision was taken to sack him.

Behind the scenes, Tottenham's board were becoming increasingly frustrated by Pochettino's demeanour. Levy felt his manager had been given the players he wanted. However, at times he felt the atmosphere at Spurs' training ground was toxic. Pochettino was unhappy and that had a significant effect on players and staff. 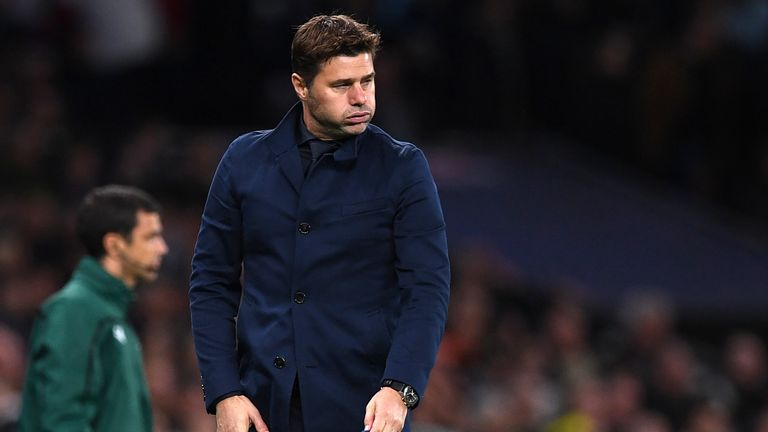 He wanted them to do things differently including how contracts were negotiated with some players, who felt they were being left behind on the pay scale compared to other clubs.

The likes of Jan Vertonghen, Christian Eriksen and Toby Alderweireld have opted to run down their contracts. There was also the issue of failing to move on unwanted players. Danny Rose has spoken out about problems behind the scenes and also said he will not sign a new contract.

Tottenham's defeat at home to Newcastle raised huge concerns within the club hierarchy. His relations with a number of key players appeared damaged. This combined with worsening results led Daniel Levy to decide he needed to act.

Who is Pini Zahavi?

The first of his kind to enjoy the label 'super agent', Pini Zahavi has been brokering some of the biggest deals in world football for more than three decades.

Renowned as one of the best connected men in the game, he has shaped some of the most celebrated deals ever agreed - and of course was the man who engineered the biggest deal of them all, which in August 2017 saw Neymar move from Barcelona to Paris Saint-Germain for a staggering £190m - a deal which remains a world record to this day.

Zahavi is not a traditional agent, where he represents a player's interests. He's more of a facilitator - a deal broker, using contacts and relationships developed in the years since his first major deal bringing Avi Cohen from Maccabi Tel Aviv to Liverpool for £200,000 in 1979. Folklore has it, he met Liverpool's Peter Robinson in an airport when delayed by fog and convinced him to sign Cohen. 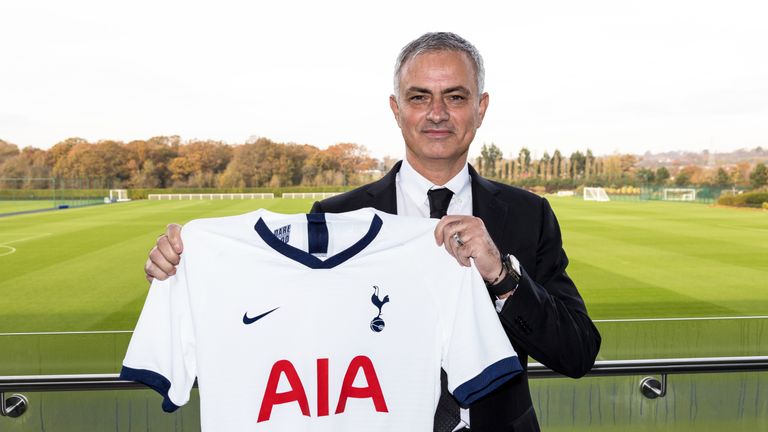 We take a look at the challenges Jose Mourinho will face as he begins his reign as Tottenham head coach.

The son of a shopkeeper, Zahavi was a sports journalist for several Israeli newspapers, after dropping out of university.

He was the man who convinced Roman Abramovich to buy Chelsea in 2003 - having considered bids for Tottenham and Manchester United previously.

A year later, Zahavi brokered the deal that saw the Chelsea owner put his club in the hands of the then Porto manager, Jose Mourinho. To this day, Zahavi remains a friend and close confidante of the Chelsea owner.

A workaholic deal-broker Zahavi first became friends with Neymar and his family when the 17-year old Neymar was beginning his career at Santos. 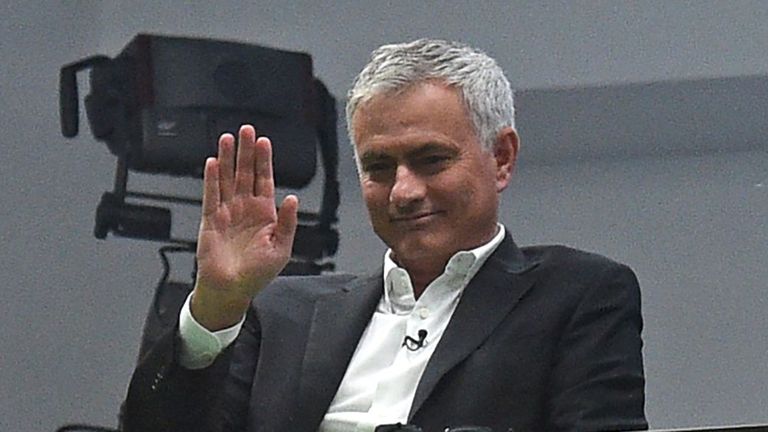 Eight years later he brokered the deal which saw Brazil's No 10 move to the French capital - a deal he earned a reported €10m for negotiating.

"Success never comes by accident," he said after the PSG deal was concluded. " If I am successful, it is because it is an everyday job and I've been in it for decades."

He has been involved in business with Spurs recently, having negotiated the deals to bring Serge Aurier, N'Dombele and Lucas Moura to north London.

Zahavi remains good friends with Jorge Mendes, the head of Gestifute, the world's biggest football agency - who has looked after Mourinho's interests for most of the last decade - although Mendes was not involved in the deal announced this morning.