Bergwijn: "I want to score goals, give assists and win the Champions League ... When I was a young boy, I looked to the coach Mourinho, and now I play for him"

Tottenham have signed winger Steven Bergwijn from PSV Eindhoven on a five-and-a-half-year deal.

The 22-year-old had a medical in London on Tuesday as Spurs looked to add another attacking player who predominantly plays off the left - something they were keen to do in January.

The deal will keep Bergwijn in north London until 2025 and he will wear the No 23 shirt previously worn by Christian Eriksen, who completed a move to Inter Milan on Tuesday.

The versatile Netherlands international Bergwijn scored 31 goals in 146 appearances for PSV, where he won three Eredivisie titles, since emerging from their youth team in 2014.

And he said: "I think it's an amazing move, an amazing club. Whatever I can bring, I will give it for this club and for this team.

"It's a dream for every football player to play in the Premier League. The atmosphere - the stadiums are always full.

"When I was a young boy, I looked to the coach [Jose] Mourinho, and now I play for him. To play here it's a dream for me, it's an honour."

Bergwijn played against Tottenham in last season's Champions League group-stage match between the sides, which Spurs won 2-1 at Wembley.

He has seven caps for his country, including starting against England in last year's UEFA Nations League semi-final.

Bergwijn becomes Tottenham's third signing of the January transfer window, with Gedson Fernandes joining on loan from Benfica and Giovani Lo Celso finalising a permanent move for £27m after his loan spell.

Transfer Talk Podcast: Why Bergwijn will succeed at Spurs

Dutch football journalist Marcel van der Kraan has given the Transfer Talk Podcast the inside track on the "electric" forward's move.

"The player met with Mourinho on Tuesday morning. He travelled over with his parents and agent, and has been very keen on the move to be done on time.

"This is why he almost caused civil war at PSV on Sunday when he told them two hours before a match, 'sorry, I'm not going to play in this Eredivisie match, I'm off to London'.

"At first, the fans could not believe their star player was not prepared to play that afternoon.

"At that time, all was not revealed, but there was a co-operation from the board that was not made clear to the fans. Why did the board co-operate and why did the manager allow him to leave? Because the club needs the money. £26m is half of the total budget of the entire PSV squad for a whole year.

"You can imagine the club were keen to do a deal, although it was difficult to sell it to the fans when the club aren't doing well anyway.

"He signed a new contract and they discussed maybe in the summer if a big club comes, he wants permission to leave and there has to be a clause in the contract.

"They were not counting on January. The player said if he has to play at PSV for the rest of the season, if they do not co-operate with a transfer to Tottenham, he would play till the end of the season, but they were willing to let him go, and I think he's over the moon PSV gave him permission." 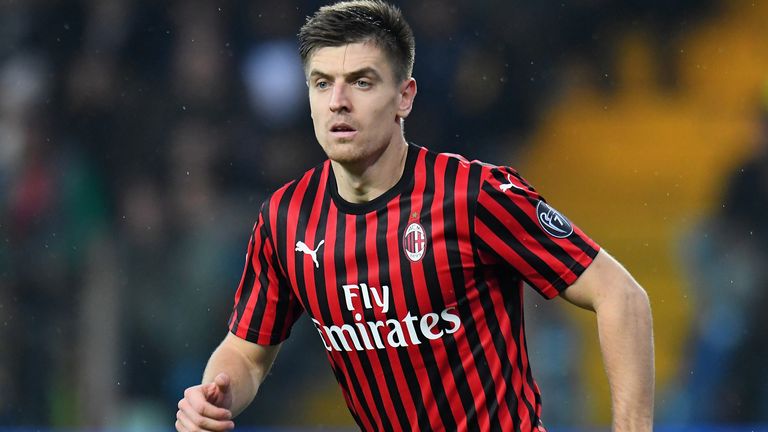 What will Bergwijn bring to Spurs?

"He's small, nippy, quick. I would think he's the paciest player in the Eredivisie. A pacier player than Bergwijn we will not see again.

"He has been lightning in some top games for PSV, and this is also the reason why Holland coach Ronald Koeman is counting on him at Euro 2020 this summer.

"Koeman has lost Memphis Depay to a cruciate knee ligament injury, and he still has Bergwijn who can do damage as a striker, a left winger. He can almost play in three or four positions up front. That's very interesting for Mourinho.

"A player in the Premier League who has absolute pace, and we go back as far as Marc Overmars at Arsenal... when you have pace, class, the Dutch skill and technique, I think those players will do well." 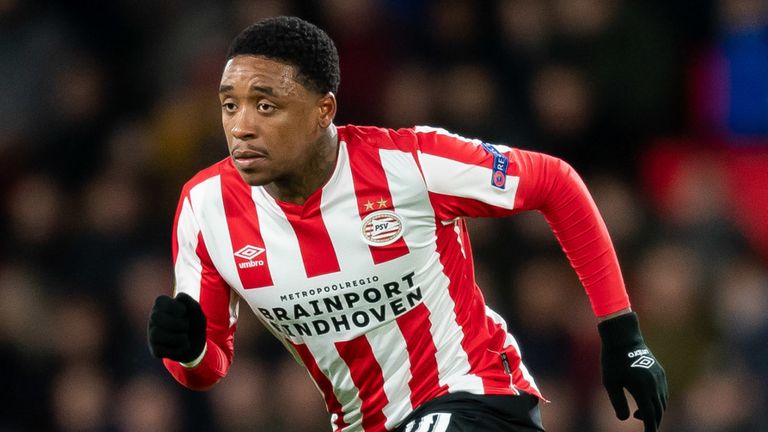 Analysis: How good is Bergwijn?

"The statistics not only highlight the improvement in Bergwijn's game but also just how rare his talent is. As well as the 14 goals he scored last season, he also contributed 12 assists - only four players in the Eredivisie were involved in more goals than that in the competition in 2018/19.

"None of those were aged 21 or under. In fact, the only player in that age bracket to be involved in more goals than that in any of the five major leagues last season was Paris Saint-Germain's Kylian Mbappe. That should explain why there is a buzz about Bergwijn."

Bergwijn is now a Premier League player - which means he is now available to add to your squad in Sky Sports Fantasy Football. The Dutch hotshot is available for just £9.2m and could make his Tottenham debut on Sunday against the Premier league champions Manchester City.

The Transfer Talk podcast is also back with more expert analysis from here and across the continent.