"Sonny is Sonny, everybody knows what he now needs to do to go to a next step - nothing"; watch Burnley vs Tottenham on Monday Night Football from 7pm on Sky Sports Premier League; kick-off is 8pm Jose Mourinho believes Heung-Min Son has proven his ability as a world-class player over many seasons at Tottenham.

The influential South Korea forward has scored nine goals in all competitions since the season began last month as Spurs have made an impressive start to Mourinho's first full campaign in charge.

Son, who joined Tottenham from Bayer Leverkusen in 2015, has built a formidable partnership with club captain Harry Kane and Mourinho credited the 28-year-old's character as a reason why his performances occasionally go unnoticed.

Asked what Son needs to do to become a world-class player, Mourinho replied: "It is up to you - he cannot do more than what he does!

"But Sonny is Sonny, everybody knows what he now needs to do to go to a next step - nothing. It is up to you to do that.

"Or he starts doing s*** socially and he becomes famous and he goes into the big headlines because of some weird, silly or naive social behaviour.

"Because he is such an incredible kid also at that level it is up to you to tell how good he is."

Son has three years left on his current contract at Tottenham and Mourinho is confident the club can reach an agreement in time for a new deal to be reached as he wants the player to become "part of the furniture".

Mourinho said: "Son has three years [left on his current contract] so it is not like we are in an extreme situation of everyone being too worried.

"I think it is more a question of Son loves it here and I believe that he would like to commit his future to the club for more time. Everybody in the club is totally in love with this player and trying to make him feel part of the furniture.

"Of course it is normal that the club tries to go from three to four or five or six, I don't know. But it is normal, it is a very calm situation because he has three more years of contract.

"But I wish, he deserves [a new contract] and the club knows that and I believe sooner or later that they will, without any pressure, arrive to a decision." 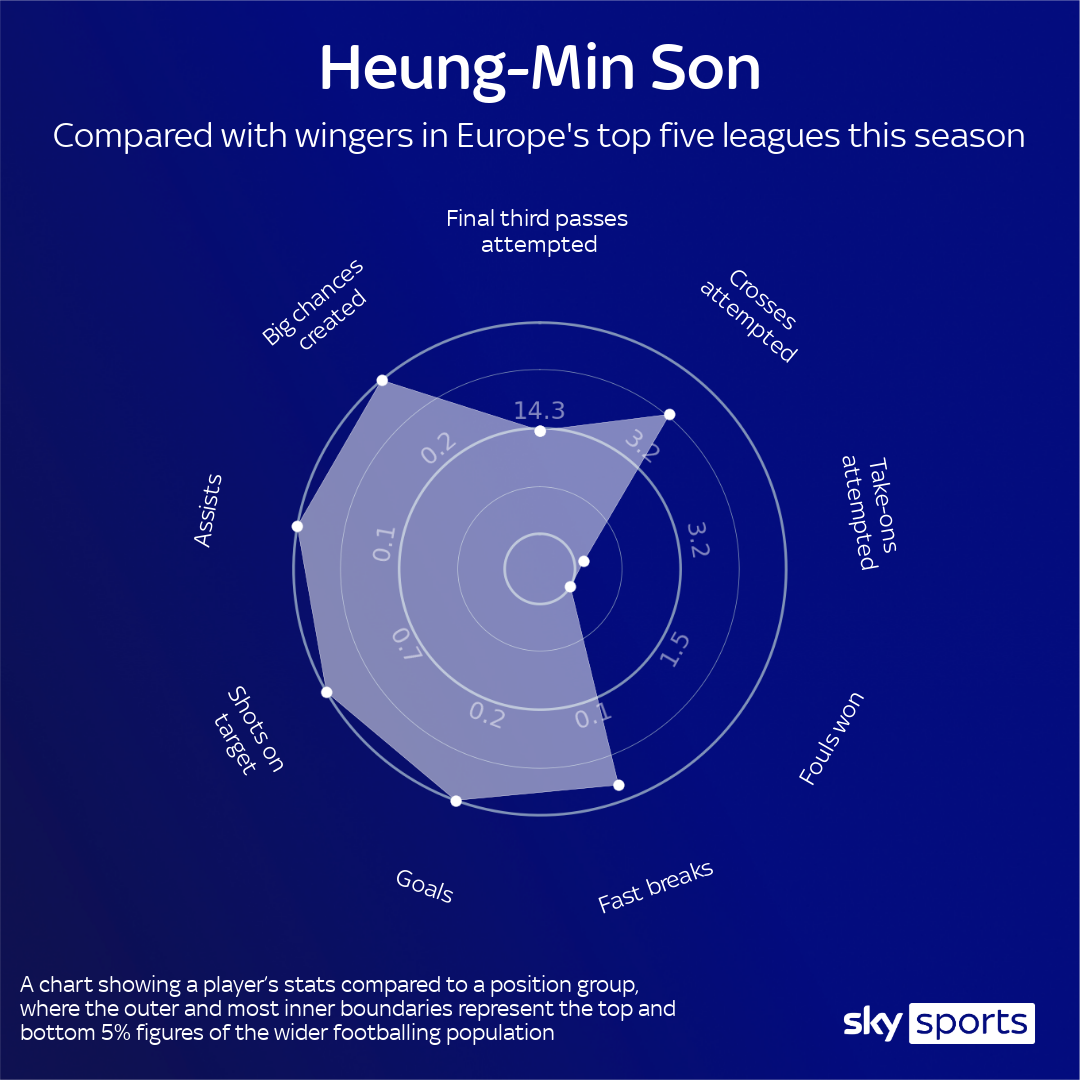 Tottenham, unbeaten since their opening weekend defeat to Everton, face Burnley on Monday, live on Sky Sports, but despite the Clarets' failure to win so far this season, Mourinho is aware of the challenge his side face at Turf Moor.

"You will feel how strong they are by March, April when lots of teams will be fighting to avoid relegation and they will already be safe," he said.

"They will already be ninth or 10th, comfortable in the table - this is Burnley. The fact that they have only one point in this moment, [having played] one match less, doesn't tell me much.

"Burnley is Burnley; the way they play, the players they have, their style of play, the manager - nothing changes there. It is always difficult, and it is going to be difficult." 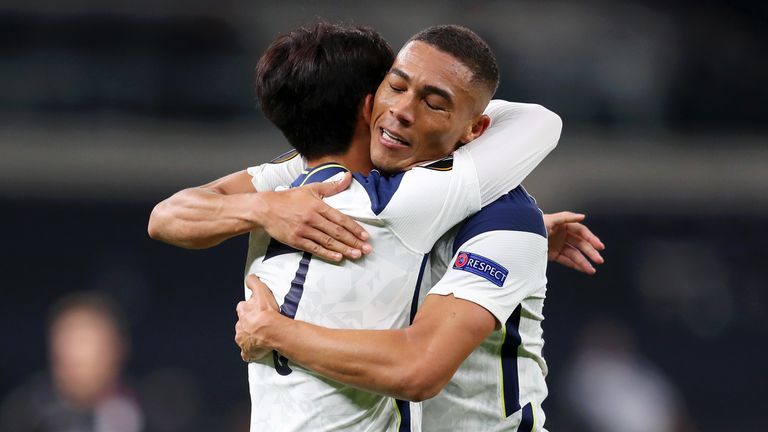 Spurs have been looking for a second striker to take some pressure off Kane for some time and Moura thinks they might have found their man in Carlos Vinicius, who joined on a season-long loan from Benfica.

"He was very important, he's a very good player, I'm very happy for him," Moura said.

"He did very well with two assists and he made a good game. He's the kind of player we were missing in our squad, he's a real number nine and for sure he will help us a lot. I'm happy for him and to have another Brazilian in the squad is good for him.

"It would be interesting to see two big players. Harry Kane is a top star and yes, I think they can play together. They are both intelligent players, it depends on the coach and the team but yes they could play together."