Dele Alli 360: The view from Tottenham, Jose Mourinho, and the Spurs attacker amid transfer talk

The latest on Dele Alli's current situation from the perspective of the player, Tottenham, and Jose Mourinho amid transfer talk. Watch Tottenham vs Leicester live on Sky Sports Premier League from 2pm on Sunday; kick-off 2.15pm.

Dele Alli has made substitute appearances in Tottenham's last two Premier League games but speculation over his future remains a hot topic ahead of the January transfer window.

The 24-year-old has played just 75 minutes in the top flight so far this term and Paris Saint-Germain made loan bids for him earlier this season.

But what do we know about the views of Tottenham, Jose Mourinho, and Alli himself on his future?

Ahead of Spurs' Super Sunday clash with Leicester - which you can watch live on Sky Sports Premier League - Sky Sports News reporter Paul Gilmour told the Pitch to Post Preview Podcast the latest...

Dele Alli 360: The view from each side

You have got three separate parties in this: the club, the manager, and the player.

Let's start with the club. Tottenham want Dele Alli to stay and fight for his place.

They are expected to resist a loan move. Reading between the lines it could be argued a permanent is preferable if it comes to a departure but is that realistic in the current climate? Someone like Alli would cost minimum £60m - or at least that is what Daniel Levy would want for him if it came to that. They want him to stay and fight.

What about the manager? Jose Mourinho has not been playing him, of course. He has played him in a few sub appearances of late and the odd Europa League start but Dele Alli clearly has some work to do to get round to what Mourinho wants from him.

We saw in the documentary how Mourinho called him Alli a lazy trainer. From that point of view we just do not know how that relationship will progress in the coming weeks. 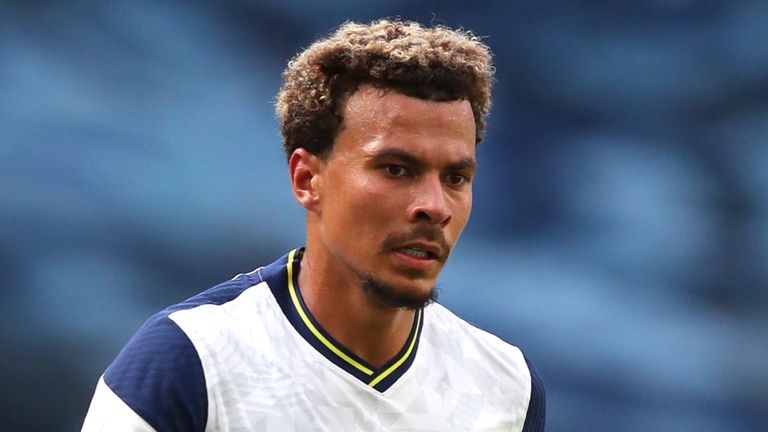 We have seen Alli do some good things defensively, which Mourinho has wanted from his attacking players. We have seen that in some of the glimpses we have got of Alli in the last couple of games. So there might be signs there that those two could find some common ground.

We saw with Tanguy Ndombele over the summer, when we were constantly saying, as their record signing, Tottenham wanted to keep him and they were really desperate to get the best out of him. That's something which collectively they have all been able to do. Look at Ndombele now, he is one of the star performers in a Tottenham shirt this season, he has been fantastic.

And what about the player? Dele Alli's stance has been unknown. Clearly, any player would want to be playing games of football, especially so close to a major finals.

It's really interesting. It's one of those we have to keep an eye on and see what happens with Alli and the minutes. It's a long season and if they are in a title race that entire squad may well get used at some point but it's a case of patience for these players.

The other aspect is whether Dele Alli wants to try and force through any sort of move.

We know there's interest elsewhere. PSG tried to get him on loan but again what we are hearing is Tottenham would resist a loan.

Whether that stance would soften if Alli then pushes for a move away, that is what we need to keep an eye on.

This week on the Pitch to Post Preview Podcast, Peter Smith is joined by Sky Sports News reporter Alan Myers and Sky Sports pundit Alan Smith to analyse Carlo Ancelotti and Mikel Arteta's work at Everton and Arsenal, ahead of their one year anniversaries. Who has done the better job?

We also hear from SSN reporter Paul Gilmour on whether Tottenham will bounce back from a frustrating week against Leicester - and the latest on Gareth Bale's fitness and Dele Alli's future.