Tanguy Ndombele says he spoke to Manchester United's Paul Pogba about difficulties with Tottenham head coach Jose Mourinho in an interview with football.london; Ndombele has become one of the most influential players at Spurs following a difficult first season in north London

Ndombele struggled to find form and a regular place within Mourinho's Spurs side last season and admitted he spoke to Pogba, who himself encountered turbulent periods under the Portuguese during the coach's time in charge at Manchester United.

Ndombele has since enjoyed a much better season so far during his second term in north London, becoming one of Tottenham's most effective and exciting players this campaign.

In an interview with football.london, Ndombele opened up on his dialogue with Pogba about the Tottenham head coach.

"We spoke, we spoke about that but really quickly," he explained. "It wasn't like he gave me any advice because our situations were completely different. 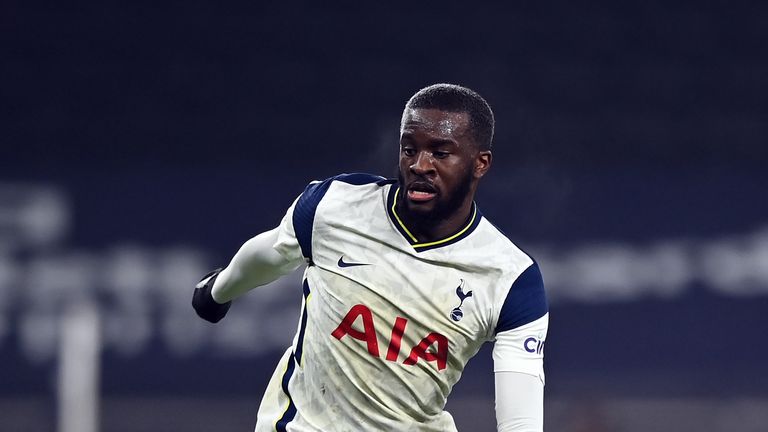 "It's true he worked with Mourinho but my own experiences weren't the same and each relationship has its own characteristics."

The 24-year-old's future at Tottenham appeared uncertain last season with a number of clubs reportedly interested in the former Lyon midfielder, including Inter Milan.

However, despite the reported interest, Ndombele says he wasn't aware of whether he was close to leaving the Premier League.

"To be perfectly honest with you I don't know how close I was to leaving," he said. "What I know is that I did want to leave. I spoke about this with people at the club and particularly with the chairman [Daniel Levy].

"The chairman said he didn't want me to leave and definitely that's something that really helped. The hardest moments are in the past and I've moved forward and things are much better for me and the team and it's all behind us. 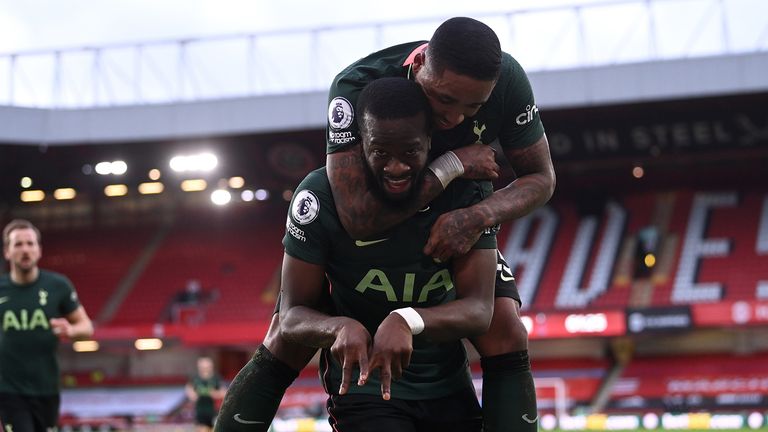 "I'm able now to look back and see what were the aspects of my contribution that I needed to work on and what's great now is that everything's moving in the right direction for the team, for the club and for everyone and that's really satisfying.

"Without a doubt it's made me stronger mentally. It's made me and improved me as an athlete, what happened last season, because I wasn't playing a lot. I was getting injured a lot, which I'm not used to and we were going through the pandemic and times like this you can only grow stronger."

Jose: Resurgent Bale 'happier than ever'

Jose Mourinho says Gareth Bale looks "happier than ever" as the Wales international continues his resurgence at Tottenham.

Bale's Spurs homecoming looked like falling flat after a tough first few months back in north London where he was dogged by fitness issues on the back of barely playing for Real Madrid in recent seasons.

But he is starting to show there is still plenty of life in his legs with a string of positive performances and two impressive goals in the recent Europa League tie with Austrian side Wolfsberger.