Eric Dier: Tottenham boss Jose Mourinho admits he was 'wrong' to blame a crisis of confidence for defender's poor form

Jose Mourinho claimed Eric Dier was enduring a lack of confidence but Dier dismissed those claims this week; Mourinho: "I prefer that I'm wrong"; Watch Tottenham v Burnley live on Sky Sports Premier League and Main Event on Sunday from 1pm with kick-off at 2pm Tottenham head coach Jose Mourinho admitted he was wrong to blame Eric Dier’s poor form on a crisis of confidence after the defender said he is not struggling psychologically.

Dier has been at fault for several goals conceded during an alarming set of Premier League results that has seen Spurs fall out of top-four contention.

Mourinho believed the 27-year-old, who he regards as a key player at the club, had seen his confidence knocked.

But the England defender disputed that idea this week saying "confidence-wise I don't feel I have been in a bad place all season".

"I prefer that it has nothing to do with a little bit of low confidence. I prefer players with big personalities.

"It's a little bit like a player who misses two penalties in a row and he still has the confidence to be the penalty-taker, and on the third penalty he gets the ball and goes to try again.

"I'm very happy it's not a mental situation or a psychological situation. I'm really, really happy with that.

"That goes in both directions - when the team plays well, it's easier for players to perform well, and when players perform well individually, the team performs well collectively."

Tottenham face Burnley at home on Sunday, live on Sky Sports, and the game could see Dele Alli make his first Premier League start since the opening weekend of the season.

Alli scored a stunning overhead kick in Spurs' 4-0 Europa League win over Wolfsberger on Wednesday and also provided two assists in a man-of-the-match performance on his return to the side.

It has been a difficult season for Alli, having been frozen out by Mourinho, but the Portuguese believes the 24-year-old is getting back to his best. 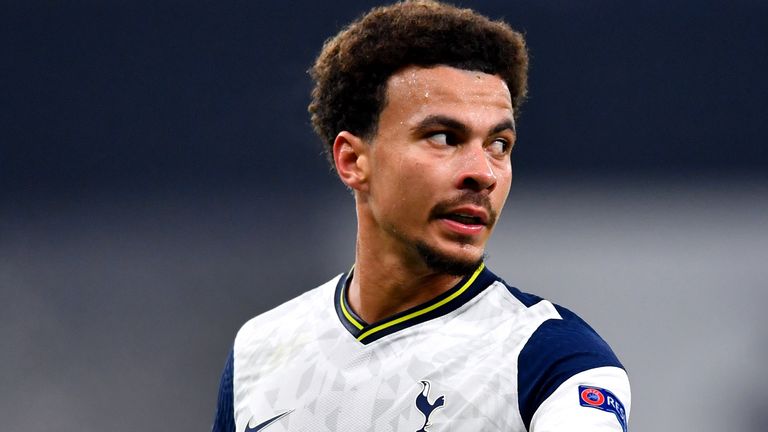 He said: "I'm happy with him [Alli]. It's been a difficult period. Sometimes small injuries in accumulation are more difficult than a big injury where after a few weeks or months you are back. Whereas small injuries are not good mentally, players getting disappointed, lack of motivation and frustration.

"He went through all of that and come back. We had good conversations and he trained well. [He's now] playing minutes or part of matches, but not yet a 90-minute match.

"His condition is also improving, his feelings after the match are always better. For example, in the first match in Budapest [against Wolfsberger] he played 60 minutes and he was super tired after the game. But this time he played more and he's good.

"We need him, we need them all, and today for a long, long time we had every player on the pitch. Of course, Gio [Lo Celso] is not ready to play football yet but he's training with the team and that is great news for us because we have so many matches.

"In the particular case of Dele, I'm very happy."