Korea Football Association: "Heung-min felt uncomfortable in his right calf after training on the 6th [of September], and as a result of the test, he was excluded in order to protect the player"

Tottenham forward Heung-Min Son played no part in South Korea's World Cup qualifying win over Lebanon on Tuesday due to a calf injury.

The Korean skipper played the full 90 minutes in the goalless draw against Iraq on Thursday but, hours before the game against Lebanon, the Korea Football Association (KFA) revealed that he had since strained his right calf.

"Heung-min felt uncomfortable in his right calf after training on the 6th [of September], and as a result of the test, he was excluded in order to protect the player," the KFA said in a statement. 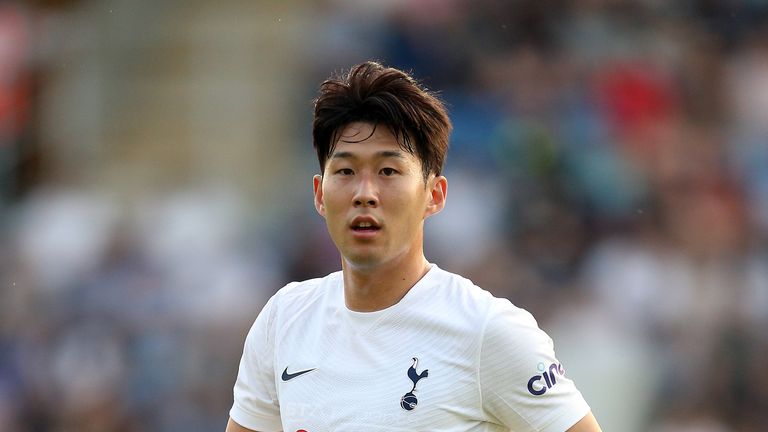 South Korea manager Paolo Bento says it was decided Heung-Min Son would miss their match against Lebanon because of pain and discomfort in his right calf.

South Korea won the game 1-0 thanks to a goal from Chang-Hoon Kwon shortly after the hour mark.

Nuno Espirito Santo will hope to have Son available for Spurs' trip to Crystal Palace on Saturday, with the 29-year-old already playing a vital role for his side in the new Premier League campaign which sees Tottenham top of the table with a 100 per cent record after three matches.

Giovani Lo Celso and Cristian Romero are already set to miss the visit to Selhurst Park after the fallout from their trip to represent Argentina on international duty.

The Tottenham duo are set to be fined by the club after joining up with the Argentina national squad without permission.

Sky Sports News has learned that Lo Celso and Romero will be disciplined for making the trip to South America for games against Venezuela and Brazil against the club's wishes, with both players expected to receive hefty fines.

Lo Celso and Romero have flown to Croatia, along with Aston Villa's Emiliano Martinez and Emiliano Buendia, following the controversial suspension of Argentina's World Cup qualifier in Brazil to avoid having to quarantine.