Both players have long-term contracts at the club, with skipper Grealish signing a new deal last September through to 2023, while McGinn put pen to paper in August to tie him to Villa until 2024. 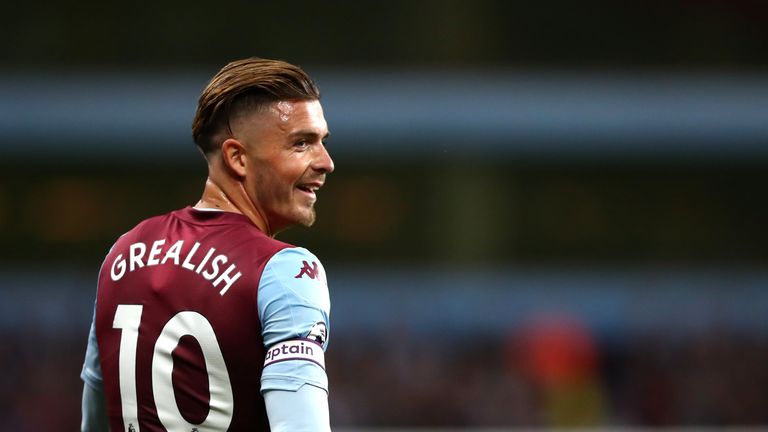 Their impressive form this season has seen them attract considerable attention, yet a defiant Smith said: "There's been a lot of speculation about a lot of our players.

"But we've two owners who want to build a football club, challenging in the top half of the table, and top six in a few years' time.

"To do that you have to keep your best players and I've no doubts in my mind the owners will want to keep those players."

Grealish returns to skipper the side against Newcastle on Monday Night Football after a four-week lay-off with a calf injury, while McGinn heads into the game following a superb week on international duty with Scotland, scoring three goals in two games in the Euro 2020 qualifying wins over Cyprus and Kazakhstan.

Smith said: "Hopefully John will go and get a few for us now he has hit the goal trail. He said to me, 'If you need to throw me up front you can do'."

Newcastle manager and former Villa boss Steve Bruce claimed McGinn was currently performing "at Man United level" such have been his high standards of late.

Smith, who at least credits Bruce for "a great buy" as McGinn cost around £2.75m when he joined Villa from Hibernian last August, feels there is still room to grow.

"He's improving every game he plays," he said. "He works hard in training, he's scoring goals at international level as well, so he just needs to keep on with that improvement.

"I've no doubt he will because he has a great head on his shoulders. He's an intelligent boy, but on top of that he's a really good lad in the dressing room."