Aston Villa have signed forward Bertrand Traore from Lyon on a four-year contract after agreeing a deal worth around £17m plus £2m in add-ons.

Traore, who knows Villa coach John Terry from his time at Chelsea, becomes their fourth major signing of the window.

Lyon also retain a 15 per cent sell-on clause on the 25-year-old, who has experience of playing in the Champions League for the French club last season, while he also scored four times in 32 appearances in all competitions.

"We're delighted that Bertrand has chosen to come to Villa," said Villa boss Dean Smith. "He's a player with immense talent who will really enhance our attacking options."

The Burkina Faso international joined Lyon from Chelsea for €10m (£9.2m) in June 2017 and scored 33 times in 126 matches across three seasons, enjoying his most productive spell in his first season with 17 goals.

The signing is a major boost for Smith, who has revealed Wesley may not return from his knee injury until next year.

The forward sustained a serious anterior cruciate ligament injury on New Year's Day against Burnley and Smith has admitted the Brazil international is nowhere near a first-team comeback.

When asked on the player's potential return, Smith said: "We believed it was going to be a 12-month injury and nothing has told us otherwise yet.

"It was quite a bad injury he suffered. He's back now with us but is not training in any shape or form yet.

"He's getting full range back into it and the swelling has gone down on his knee now. Hopefully he'll be back as soon as possible." 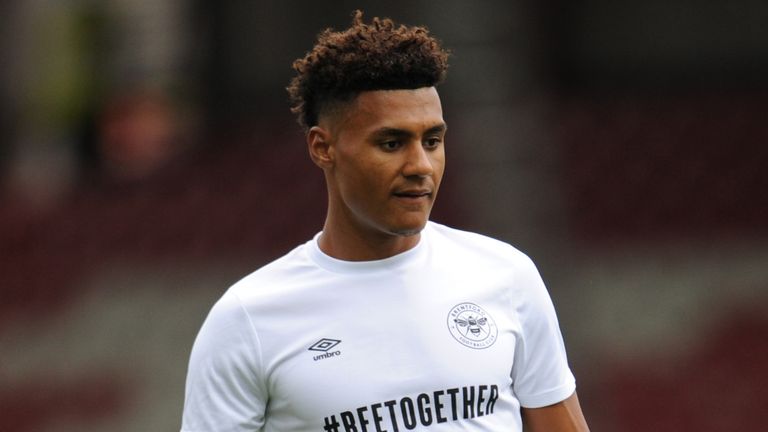 Whether that's with talisman Jack Grealish, or with the funds his transfer could generate, remains to be seen, but the feeling is the club have got the hardest part out of the way already: Premier League survival in their first season back.