Watch Newcastle vs Arsenal on Super Sunday from 1pm on Sky Sports Premier League; Kick-off is at 2pm 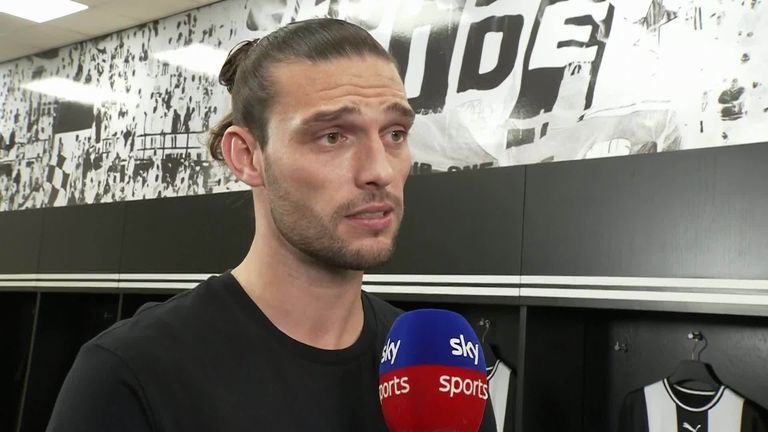 "Coming back is something that only dreams are made of," an emotional Carroll told Sky Sports News.

"It's an amazing feeling to be back. On the way up it was just butterflies in the stomach. I couldn't believe it really. Now it's finally happened it's a great feeling.

"I think there is unfinished business [for me here]. I left on a high. I want to come back and get back to where I was, scoring goals and playing games and enjoying it really.

"The minute I left Newcastle it was always in my head to come back at one point. It's been eight-and-a-half years. I thought it would have been a lot quicker to be honest, but I'm here now and I'm ready to get started."

Gateshead-born Carroll came through the ranks at Newcastle and made his debut for the club as a 17-year-old.

He scored 33 goals in 90 appearances before a British-record breaking £35m move to Liverpool in the 2011 January transfer window.

Carroll joined West Ham on a permanent deal in 2013 after spending the previous season on loan with the Hammers.

But the 30-year-old left West Ham as a free agent earlier this summer after an injury-plagued spell in east London where he managed just 84 Premier League starts and scored 33 goals in seven-and-a-half years.

Carroll is Newcastle's sixth signing of the summer with the club having already completed deals for Emil Krafth, Joelinton, Jetro Willems, Allan Saint-Maximin and Kyle Scott.

Former Tottenham and Aston Villa manager Tim Sherwood has credited Steve Bruce with bringing Carroll back to Newcastle, and is hoping his arrival can boost both the player and the fans.

He told The Debate: "It's a no brainer for me. First and foremost, Andy needs to get himself fit. If he can get back to how he was, he could have another move in him because he was an animal.

"You won't see the likes of Andy Carroll coming through anyone's academy anymore. You should do, there's nothing wrong with Andy Carroll but you get a set-piece, get a cross into the box and he will get his head on it, he doesn't care who is in the way. 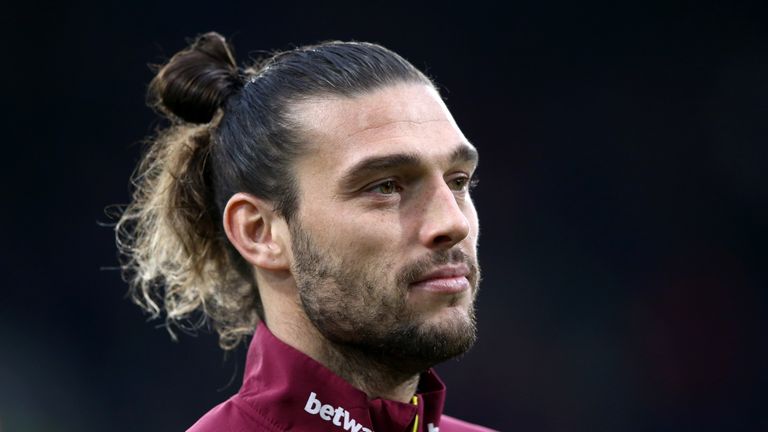 "For me, it is a very good signing, not only for Newcastle players and the dressing room, but the fans. They need something to lift them and I think it is a masterstroke from Steve Bruce, and you have to give Mike Ashley a bit of credit as well. I'm not sure Rafa Benitez would've bought Andy Carroll in."

Gary Rowett added: "I'd be surprised if he started that many games, not because I don't think he's capable of doing it, but I think the style of play if he starts a game could be a backwards step if it doesn't work and it will add to the pressure.

"But certainly as an option off the bench, you can't get that much better than 15-20 minutes of Andy Carroll at St James' Park, crosses coming into the box and he'll cause problems for any team."

'Carroll still a top striker on his day' 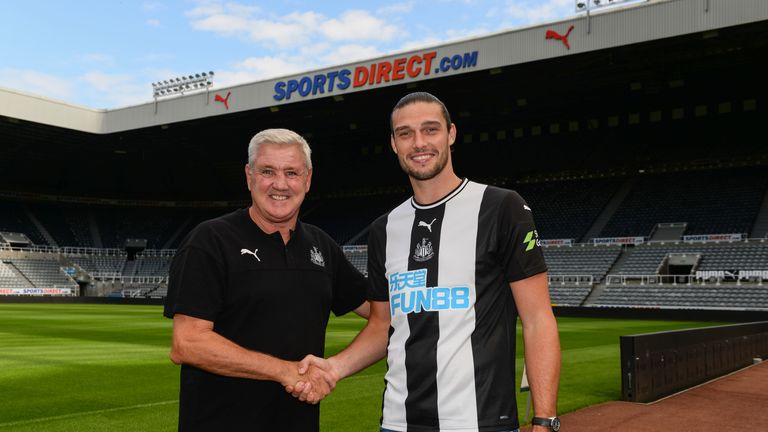 Former Newcastle team-mate Kevin Nolan thinks Carroll will be a success on his return to St James' Park.

"I spoke to him when he was on the way up to Newcastle and you could tell the excitement in the messages he was sending. He goes back there a better man. He's got four kids, he's settled and has a lovely partner. I am delighted for him. It's a great move and Steve Bruce has done a great bit of business, it's a fantastic deal.

"I don't think there are many players like him in the Premier League. He is a top striker on his day and is very hard to handle. When he pulls on that black and white shirt you will get that extra 10 per cent from him."