Raheem Sterling is confident Manchester City can cope with their hectic start to the new campaign.

City are set to head to Steaua Bucharest in the first leg of their Champions League play-off round just days after kicking off the Premier League season at home to Sunderland.

After finishing fourth under Manuel Pellegrini, City - now with new boss Pep Guardiola at the helm - must earn their right to again take their place among the elite clubs of European football in the lucrative group stages as they look to go one better than last season's semi-final.

However, there will be little downtime for Guardiola's squad, who finish their pre-season friendlies against Arsenal in Gothenburg on Sunday before kicking off their domestic campaign at home to Sunderland the following Saturday.

With the first leg in Romania on Tuesday, August 16, followed by a lunchtime trip to Stoke on August 20 ahead of the return European tie back at the Etihad Stadium four days later, Sterling accepts City players will have to refocus quickly to make sure the campaign is not derailed before it has a chance to build momentum.

"It is right in at the deep end, with three massive games and ones in which we will try to get the result," the England winger said on the club's official website.

"The first game at home against Sunderland is a massive one to kickstart our new season, hopefully we get a few wins and make our spirit be right out there.

"It is a good draw for us, but I think it will be a difficult one, away first. For Steaua to be in that draw must mean they are a top team. Over the coming week, the manager will definitely show us more on them so there is loads of homework to do in preparation for the game. 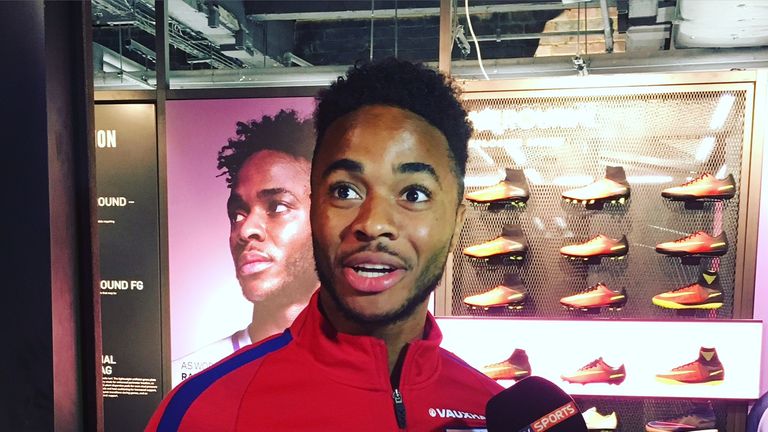 It is a good draw for us, but I think it will be a difficult one as we are away first. For Steaua to be in that draw must mean they are a top team.

City are bidding to secure a place in the group stages for the sixth successive season and Steaua coach Laurentiu Reghecampf admits Gardiola's side was the one he wanted to avoid.

Speaking to uefa.com, he said: "I wanted any team but City. We will have a positive approach and let's see what will be. We have a chance and for sure our players will have extra motivation."