Manchester City have hit extraordinary heights in the last two years, becoming the first Premier League side to claim back-to-back titles in a decade. So will Pep Guardiola take them up another level this season?

"The goal is to improve and to improve," Pep Guardiola told Sky Sports. It was March and the Manchester City boss had just watched his side win 12 consecutive games in all competitions, scoring 37 goals and conceding just seven. City's Premier League fate was in their hands. Another title was homing into view. But Guardiola was still not satisfied. He never is.

The Catalan is forever demanding more from his players and it is with the same attitude that he is approaching the new season. In the last two years, City have sent Premier League records tumbling for points, goals and just about everything else. But Guardiola is set on further improvement. "Next season we will be stronger," he added in May. "I am sure."

It is ominous for the rest, and what's more worrying is that there is little reason to doubt him. Guardiola's record for improving winning teams is exemplary. His Barcelona side won three consecutive league titles and it was the same story at Bayern Munich. To achieve the same feat in the Premier League would be even more impressive.

Guardiola has been helped by considerable financial backing in each of his managerial roles, of course, the latest example being Manchester City's club-record deal for Rodri, but more often than not, the improvement has been formulated on the training ground. Guardiola has a penchant for tactical innovation which dates back to the start of his coaching career.

The most famous example came when he deployed Lionel Messi as a false nine for the first time in Barcelona's memorable 6-2 thrashing of Real Madrid in May 2009.

It was a defining moment which propelled Messi and Barcelona to historic heights, but there seemed little call for it at the time. Samuel Eto'o had scored 32 goals as Guardiola's central striker that season. Barcelona were already four points clear at the top of La Liga. The logical option would have been to continue with what was working, but Guardiola wanted more.

Reinvention became a theme of his Bayern Munich tenure, too.

Guardiola inherited a treble-winning team at the Allianz Arena but immediately set about putting his own stamp on it, revolutionising their tactical approach, repurposing full-back Philipp Lahm as a central midfielder and ushering in a new period of Bundesliga dominance. "We must do better in attack," he said in February 2016. Bayern had just scored 18 goals in three games.

Guardiola is now operating in the same way at City. Last season, he recalibrated his midfield so successfully that even Kevin De Bruyne, his best and most influential player, was not missed during his time out with injury. Bit-part midfielders have become title-winning full-backs. Raheem Sterling has been transformed from frustrating wide player to deadly goal-poacher.

A changing of the guard for City?

Guardiola's unpredictability is such that it is impossible to foresee exactly what he will do next, but it does seem likely that City are set for a changing of the guard in midfield. Back in March, Guardiola talked about replacing players who had reached what he described as the "end of a cycle". That certainly seems to be the thinking with Rodri and the 34-year-old Fernandinho.

Thierry Henry once said he had to "relearn" football when he joined up with Guardiola at Barcelona and Rodri has hinted at the same thing since his arrival from Atletico Madrid, telling Sky Sports News that he has already been taught "three or four new concepts" by his new manager. "They are all the kind of things you don't notice as a player," he said. 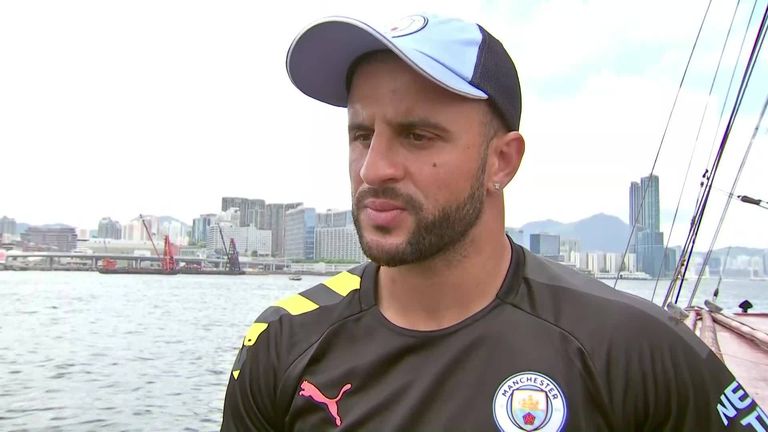 Guardiola is already tailoring Rodri's game to his needs and he will also be aware of the need to replace David Silva. The Spaniard has been an outstanding servant to Manchester City over the last decade and remains just as influential now, but he turns 34 in January and has already confirmed his intention to leave the club at the end of the coming season.

Guardiola's challenge is not just to identify a long-term replacement for Silva but to make City even better in the process. It is a daunting task, but he has already succeeded in changing the age profile of his squad and the lack of creative midfield signing this summer suggests he has an internal solution in mind. Could this be Phil Foden's breakout season?

Guardiola showed how highly he rates him when he started him in crucial games against Tottenham and Leicester during last season's title run-in. And while the 19-year-old has only recently returned from holiday following his international commitments with England U21s, Guardiola has already praised his sharpness. "I'm pretty sure he's going to help us," he said last week. 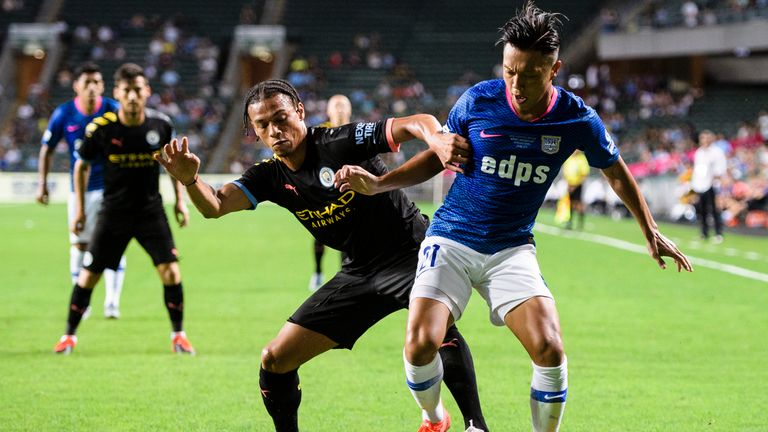 Guardiola has kept supporters guessing with his tactics throughout pre-season. Raheem Sterling's switch to central striker for the thrashing of Kitchee was just another example. And while Rodri and full-back Angelino are the only signings so far, there are sure to be more surprises when the season gets under way.

For Guardiola, the record-breaking feats of the last two years are already forgotten. History suggests there is further improvement to come.