Kevin De Bruyne believes Manchester City may not need another big points haul this season to win the Premier League for a third successive time.

Pep Guardiola's side have accrued an incredible 198 points over the past two campaigns with expectations once again high this time around.

However, the Belgium midfielder believes that a total of 85 could see the title won in 2020 - with a high level of performance and consistency more important. 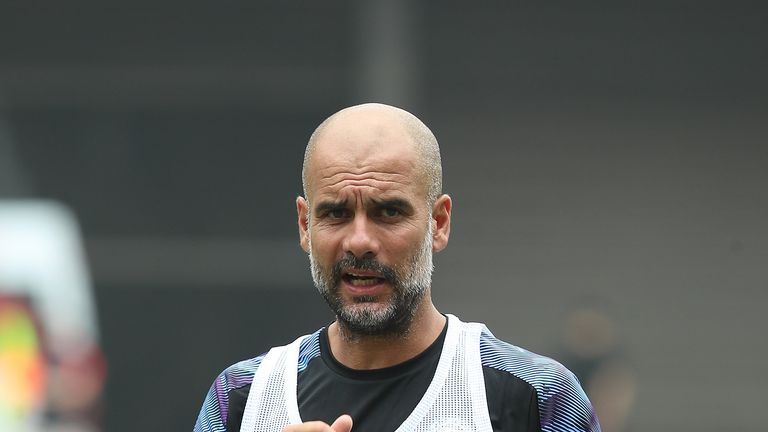 De Bruyne said: "We don't need to beat the last two seasons - maybe we can win this season with 85 points.

"It is not about improving, it is about staying consistent, trying to be there every game, trying to win every game.

"It is not always about doing better, because how can you do better sometimes?

"To win every year what we won the last two years is going to be pretty difficult but it is good to be there."

De Bruyne also believes a complete summer break from football has given him the perfect lift for the new campaign.

The Belgium international started only 11 Premier League game in City's treble-winning 2018-19 season due to a series of injuries.

But it now seems those problems could be behind the 28-year-old after his standout performances on City's pre-season tour of Asia over the past fortnight.

Prior to the trip De Bruyne enjoyed a couple of holidays with his family, time away he felt was much needed after his previous two seasons ran into each other because of the 2018 World Cup.

De Bruyne said: "I did nothing for three weeks. I just wanted to be away from football.

"I had been playing for two years straight. I just wanted to enjoy myself a little bit.

"Physically you can be OK but I think it is more mentally. It is tough to go two years straight for everybody and not have a proper break. That is what happened the last two years.

"Now I felt for myself that is was necessary to just slow it down a little bit and go again in pre-season. I knew I would have enough time now to prepare myself for the season, so that's what I decided to do."

City have returned home having concluded their tour with victory over sister club Yokohama F Marinos on Saturday, a game in which De Bruyne scored and set up another.

They begin their season against Liverpool in the Community Shield next Sunday before starting their title defence away to West Ham on August 10.