"If I was in a deciding position at City now, [then] I would do everything I can to keep Pep [Guardiola] for as long as I can. He is truly the best," says Kompany 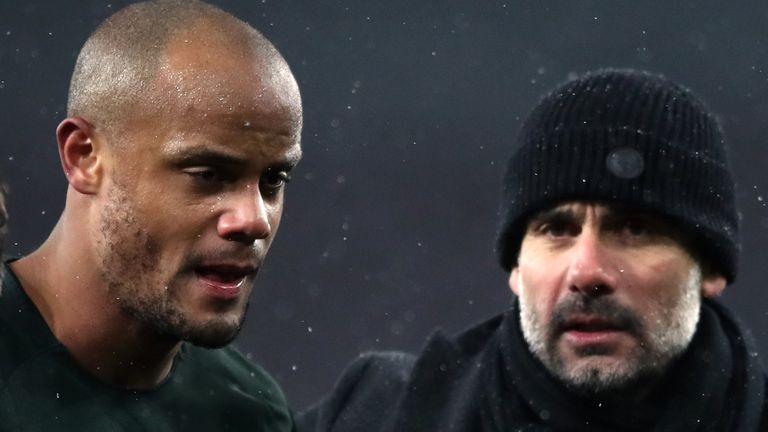 Pep Guardiola is 'truly the best' and Manchester City should look to keep him in charge for as long as possible, says Vincent Kompany

Vincent Kompany has urged Manchester City to do everything in their power to keep Pep Guardiola in charge at his former club.

Guardiola signed a new contract last year until 2021, but reports earlier this month suggested that the deal included an option to depart 12 months early - something he has denied.

City have won back-to-back league titles in the past two seasons under Guardiola, and ex-captain Kompany, who is now player-coach at Belgian club Anderlecht, described the Spaniard as "truly the best".

Asked whether it is his dream to manage City in the future, Kompany told Sky Sports News: "I am not thinking about that.

"If I was in a deciding position at City now, [then] I would do everything I can to keep Pep [Guardiola] for as long as I can. He is truly the best.

"To say anyone will ever come near, it is speculating in a ludicrous way."

Kompany left City in May after 11 years at the Etihad Stadium, with the Belgium international lifting the last nine major trophies the club have won.

Anderlecht sit 10th in the Belgian Pro League, with Sunday's win against Genk just the second match Kompany has played in since August due to a hamstring injury which ruled him out of his own testimonial match in September.

"My ambition is right now to be successful with a project [at Anderlecht] and deliver that successfully," he added.

"After that, everything else we will see. I spend 99 per cent of my day just making sure what I do now is successful." 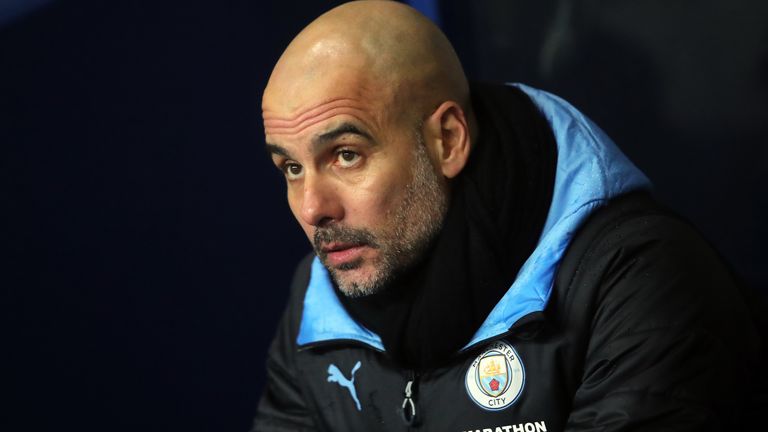 Pep Guardiola says he will need to 'deserve' a new contract to remain as Manchester City boss, with his current deal set to expire in 2021.

Kompany, who played 360 games for City following his arrival from Hamburg in 2008, believes the longevity of his success owes much to his ability to overcome setbacks, particularly injuries. 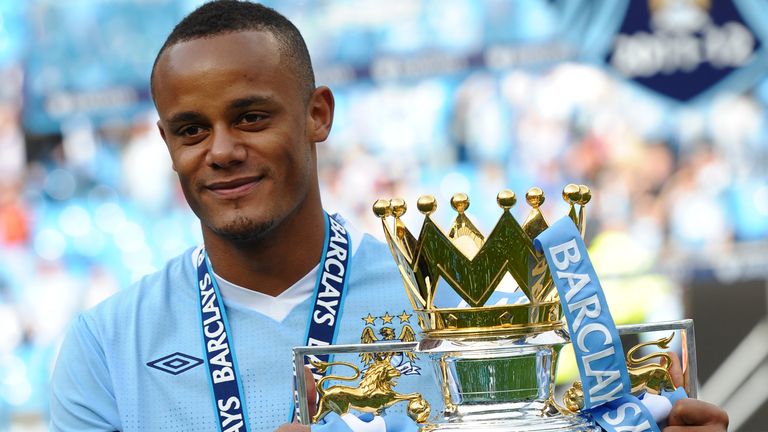 He said: "I learn from the mistakes of others and the things they do well. Then I come back and I feel I am ready, despite not being ready.

"That is the belief that has got me through so many comebacks.

"I shouldn't have been able to really, with all the setbacks, have the career I have had. Especially in this competitive Manchester City squad. It is purely down to the mind-set."