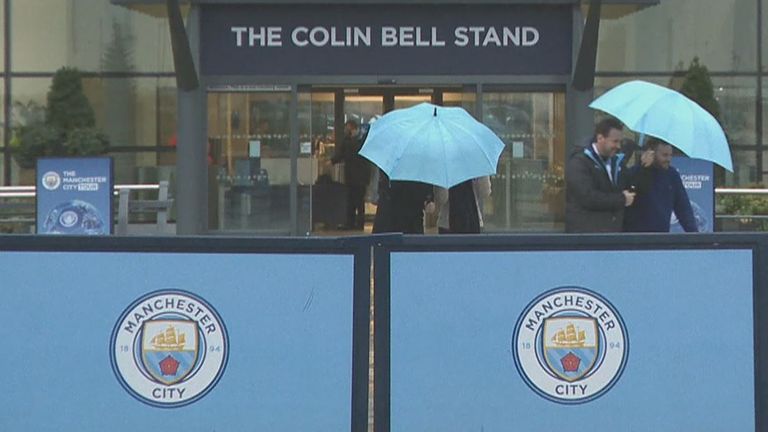 Wind and rain blasted the Etihad Stadium on Sunday, forcing the postponement of Manchester City's clash with West Ham

Manchester City's Premier League fixture against West Ham on Sunday has been postponed due to "extreme weather conditions" associated with Storm Ciara.

The extreme weather has also seen the Women's Six Nations tie between Scotland and England, scheduled to take place in Glasgow, called off with 70mph winds expected to hit the city.

There are a number of warnings valid this afternoon for both #wind and #rain, with an amber wind warning covering Wales and much of England #WeatherAware pic.twitter.com/WLpZDSxtqE

All six Women's Super League fixtures have been postponed, including the north London and Merseyside derbies, as have Women's Championship games at Charlton, Coventry, Crystal Palace and Lewes.

Rugby League has also been hit, with Catalans Dragons' trip to Wakefield and Huddersfield Giants' game against Leeds Rhinos in Super League being called off.

All three of Sunday's race meetings in Britain and Ireland have been abandoned, but the Premier League game between Sheffield United and Bournemouth is scheduled to go ahead as planned at 2pm. 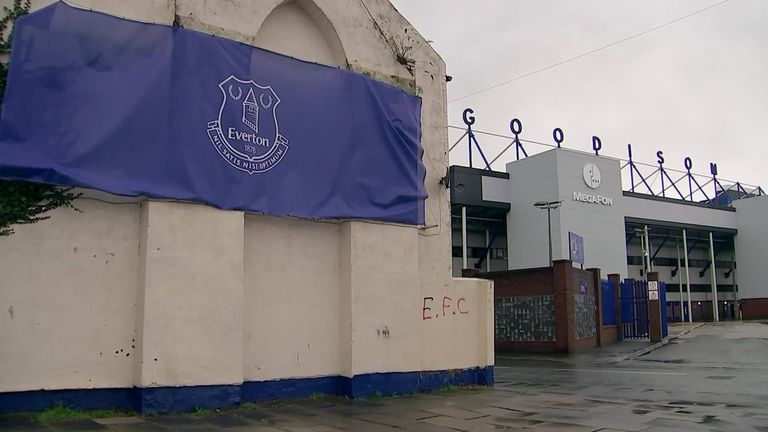 Manchester City said in a statement: "Due to extreme and escalating weather conditions and in the interests of supporter and staff safety, today's match has been postponed.

"This decision has been made by Manchester City's Safety Officer following consultation with Club stakeholders and officials at West Ham United. Storm Ciara wreaked havoc for sport at the weekend, with Scotland and England's Women's Six Nations game postponed until Monday.

"Further information regarding the rescheduling of today's match will be published in due course."

Dozens of domestic and international flights have been cancelled as Storm Ciara is set to batter the UK and Ireland with heavy rain and winds of more than 80 miles per hour.

The pitch is fine and the game is on 👊

Make sure to wrap up and wear appropriate clothing ☔️ 🌬 pic.twitter.com/c5ZeQQkkVg

Weather warnings have been issued across the country for Sunday amid forecasts of very strong gusts and the risk of flooding.

Rail companies in England, Scotland and Wales have urged passengers not to travel and say they will operate reduced timetables and speed restrictions on Sunday.

You can keep up to date with the latest weather forecast from Sky News here.