Pep Guardiola admitted it would have been impossible to control Lionel Messi for the full game after the Argentinian helped sink Manchester City in the Champions League.

The six-time world player of the year scored his first Paris Saint-Germain goal as the French side avenged their loss in last season's semi-finals with a 2-0 group stage victory on Tuesday.

Messi had been doubtful ahead of the game but proved his fitness with a stunning goal after 74 minutes of a compelling clash at the Parc des Princes, adding to Idrissa Gana Gueye's early strike.

City boss Guardiola is well aware of the damage Messi can do to teams after the pair's successes together for Barcelona, which included two Champions League wins.

"We dealt with PSG first of all, but we know it's impossible to control Leo for 90 minutes," Guardiola said.

"He was not much in touch with the ball - of course he was coming back from injury, he needed a bit of rhythm - but we know quite well when he can run and get close to the ball, he is unstoppable.

"What we have done is minimise, as much as possible, these kind of options and create the chances that we could create and I'm satisfied with the way we played.

"People can't deny that we were there. We arrived here, we did our game, but it's always a risk when you lose the ball and they can make one pass, especially with (Marco) Verratti, an exceptional, extraordinary player, and make contact with Neymar and Messi and they can run, it's difficult.

"We did a really good game, but we should have scored goals and we didn't do it. That's why we lost." 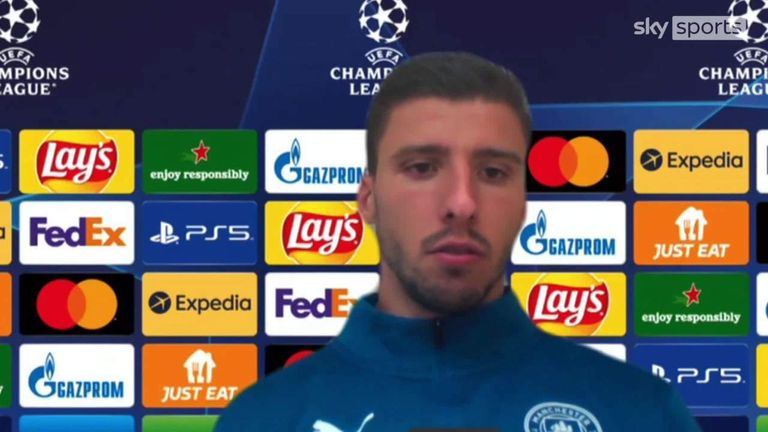 Guardiola added that he was "in love" with Italy midfielder Verratti, but it was inevitably Messi who took the plaudits.

Messi's first PSG goal was the 673rd of his club career and his seventh against Manchester City in the Champions League, more than any other player, while the Argentinian now has seven goals against sides managed by Guardiola, also the most of any player.

"I wish him the best," said Guardiola of his former Nou Camp star. "If he is happy and enjoying this period in Paris, I will be happy."

Premier League champions Manchester City will have to pick themselves up for their Super Sunday trip to league leaders Liverpool - live on Sky Sports Premier League.

Guardiola confirmed recovery from Tuesday's match in Paris would begin immediately, adding: "Now we are going to eat well tonight, we are going to drink a glass of wine, recover and then prepare for the game [at Liverpool] on Sunday."