By Sam Blitz and Jayant Ganju

It's the ultimate dilemma in football: stay at your boyhood club or leave legend status behind in pursuit of the biggest honours. The latter is the gut-wrenching call Kalvin Phillips has made this summer.

At Leeds, the England midfielder may just have the keys to the city. A boyhood fan of the Whites, with his entire family 100 per cent Leeds as well, there's little to no doubt Phillips would have been content staying at Elland Road for the rest of his career.

But Manchester City, who have signed Phillips on a six-year deal, can promise trophies, Champions League football and a real step up in his career. The midfielder could easily follow Jack Grealish - who quit his home in Aston Villa last season - in becoming a top-flight winner within a year.

Despite the local hero status at Leeds, this is Manchester City. The Premier League champions. Pep Guardiola. Erling Haaland. Europe's elite. Et al. But would a move to the Etihad Stadium be as lucrative as it seems for Phillips? 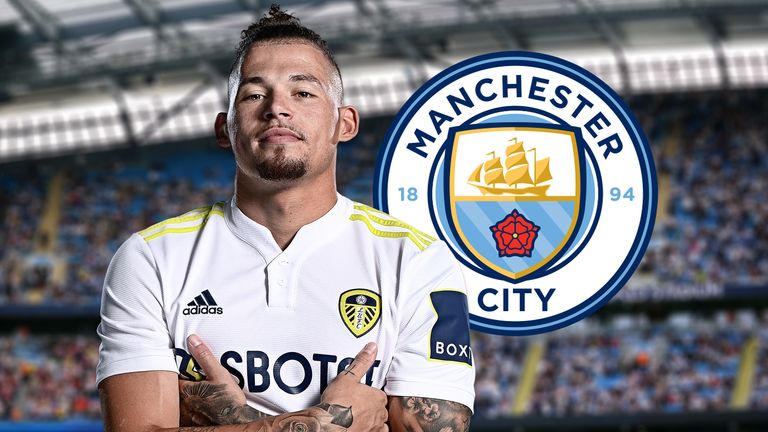 How Phillips fits in at City

Phillips will be brought in to compete alongside Rodri for the defensive midfield starting spot in Pep Guardiola's 4-3-3 formation, with the Spaniard one of City's key players last season.

Last season, City's tempo was dictated through Rodri, who finished the campaign with the most successful passes in the opposition half and the joint-most possessions won in the Premier League last season - underlying his dominance all over the pitch.

His importance to City is underlined by their win percentage with and without the Spanish midfielder. That win rate for Guardiola's side drops massively when Rodri is not on the pitch, while City also score fewer goals when their midfielder is missing.

Here lies the question: just why has Phillips left club legend status at Leeds to move to City, where they have a world-class midfielder in his position who is playing in his prime years?

The first - and simpler - answer to that question is City need depth in that position given Fernandinho has now left his role as Rodri's understudy. Given the fact the former City captain still played 33 times last season - the majority of those in that defensive midfield role - then Phillips would still have a big role in Guardiola's set up.

Furthermore, a close analysis of Rodri's game shows that ever since he arrived at the Etihad Stadium in 2019, the Spaniard needs another similar figure to relieve the burden on him in that defensive midfield role.

Statistics show that when Rodri is at his most careless in possession, City do not win. In the six Premier League games where Rodri has lost the ball 15 or more times, Guardiola's side have won just once - and that was a 1-0 win at Everton last March when the Spaniard arguably should have conceded a penalty after being too lackadaisical on the ball. 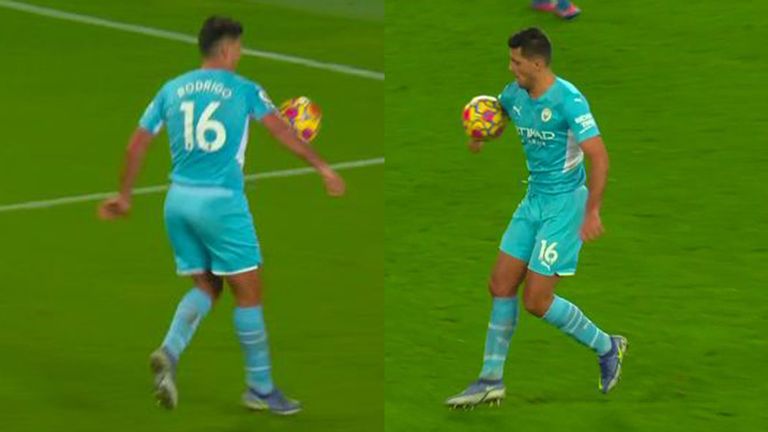 Should Everton have had a late penalty against Man City? VAR ruled that Rodri hadn't committed a handball.

In his two Premier League seasons, Phillips has shown to be just as efficient compared to Rodri. His tackling, interception and turnover numbers over the past two seasons are higher than the Man City player - but that is to be expected given Leeds defend more often than the back-to-back top-flight champions.

But what is intriguing is how Phillips is more positive and comfortable on the ball from a statistical point of view compared to Rodri, even though Leeds do not control games in the same way City do. Phillips takes players on more often than the Spaniard, who has an inferior forward passing percentage compared to the Leeds midfielder.

Meanwhile, should Phillips move to the Etihad Stadium this summer, then City would have the best two best players in the league at ball recoveries in their squad, both vying for the same position. Last season, Phillips made 12.87 recoveries per 1,000 opposition touches, second only to Rodri with 17.01 and better than the likes of Trent Alexander-Arnold, Joao Cancelo and Declan Rice - who excelled in this department last term.

It means that should Guardiola want to give Rodri a break - or the Spanish midfielder is enduring a rare off day for City - then they can call on a ready-made replacement in Phillips who is just as positive and comfortable on the ball, as well as efficient in defence.

He's done it against City before...

Guardiola saw just what Phillips can bring to the table when City and Leeds faced off for the first time in October 2020, as the two teams played out an Elland Road thriller.

Under Marcelo Bielsa, who provided such a major influence on Guardiola's managerial style, Phillips was one of the standout players on the pitch, claiming possession more times than anyone else on the pitch, while only Rodri took the ball off opponents more times in the middle third than the England midfielder.

Once again, the Leeds midfielder's range of passing stood out, with a high passing accuracy mixed with one of the best long pass totals out of the outfield players on the pitch.

In the return fixture at the Etihad Stadium, where 10-man Leeds managed a shock 2-1 victory at the home of the champions, Phillips produced another efficient, all-round display that would have delighted Guardiola.

Off the ball, only Stuart Dallas and Raphinha won the ball back in the defensive third than Phillips out of all the players on the pitch, while the England man completed more take-ons than any other player, bar Man City's Gabriel Jesus.

It is that balance Phillips brings to this Leeds team that Jesse Marsch noticed straight away when he replaced Bielsa at Elland Road.

The American coach was unable to call on the midfielder for his opening few matches in charge due to a long-term injury, but Marsch spoke regularly about the "energy" and level-headedness Phillips brings when he did make his return for the season run-in in April.

Phillip's midfield role at Leeds did change when Marsch came in, with the England international moving away from a lone defensive midfield role to a double pivot, alongside Mateusz Klich for most of the time.

After his first 90 minutes back from injury away at Crystal Palace in April, Phillips told Sky Sports News he was able to operate in both roles, but he proved to be far more effective on his own in defensive midfield - which is how Guardiola uses Rodri most of the time.

Despite having an extra man in the midfield alongside him under Marsch, Phillips still had more defending to do, with his passing statistics taking a hit in the new formation.

The midfielder made more tackles and ball recoveries than under Bielsa, while his range of passing, accuracy on the ball and chance creation - which made him such an attractive prospect in the first place - took a hit.

If Gareth Southgate wants the best possible Phillips at the World Cup in Qatar, then maybe a move to City, where he will play in arguably his favoured midfield role, could be more beneficial to the 26-year-old.