Kevin De Bruyne could be set for a return to the Premier League after confirming his agent has had initial talks with Manchester City.

The Belgium midfielder has sparked the interest of a number of top flight clubs after a stellar season with Wolfsburg, where he was named the best player in the Bundesliga.

The 23-year-old told Sky Sports News HQ  that there had been "informal contact" with City but that the decision would ultimately rest with Wolfsburg since the former Chelsea man is only one season into his five-year contract.

"We say to everybody - if they want to do something, they have to go to Wolfsburg, not to me," he said.

De Bruyne joined Wolfsburg in January 2014 on a five-year contract, leaving Chelsea after being given just two starts under manager Jose Mourinho. Sold for £18m then, the 23-year-old is expected to cost nearly double that now.

"I always thought that I was going to talk to my club first when the season was over. And for me the season is not over. That starts probably next week or the week after but I will also be on vacation," De Bruyne said. 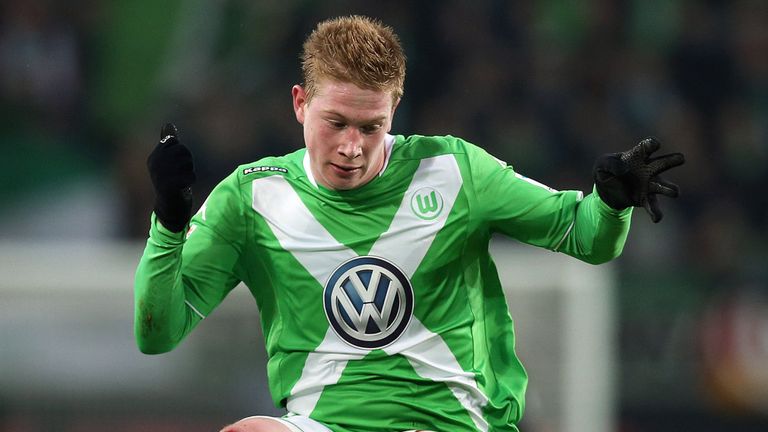 We say to everybody - if they want to do something, they have to go to Wolfsburg, not to me.

"I don’t have any stress about these things. It will come this way and I know that there are a lot of rumours and the papers are writing a lot."

Playing time will be a key factor in any decision to leave, as it was when he made the move from Chelsea last year.

"It's been for me a wonderful season," he said. "I think the thing I'm most excited about is that I played almost everything, missed just one game, started everything and played everything.

"My time at Chelsea wasn’t bad. Everybody talks about it and that it was really bad but I just decided I didn’t want to stay at the club under those circumstances, I just wanted to play football and that’s what I did."