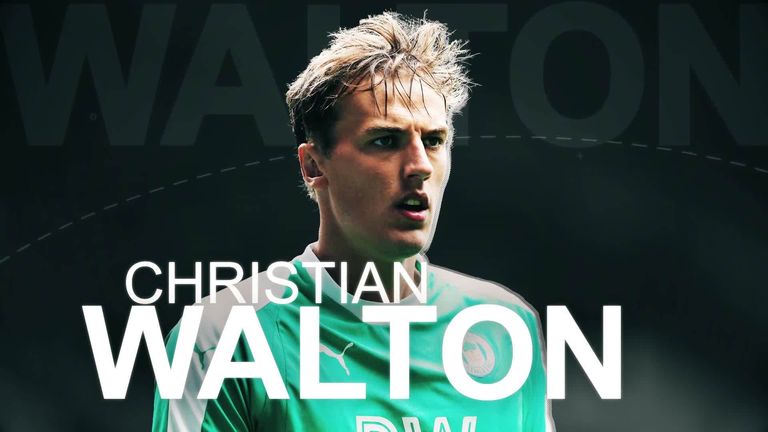 Could Christian Walton be the next goalkeeper to catch the eye of England boss Gareth Southgate? Sky Sports News takes a look....

Could Christian Walton be the next goalkeeper to catch the eye of England boss Gareth Southgate?

The 22-year-old is on loan at Sky Bet Championship side Wigan from Premier League Brighton for the second successive season and has been a mainstay in manager Paul Cook's side.

Walton has kept 17 clean sheets in 36 matches in 2018 - more than any other goalkeeper in England's top four divisions.

He first joined Wigan in July 2017 on a season-long loan and kept 19 clean sheets - the highest in League One - as the Latics won the title and promotion to the Championship.

Walton re-joined Wigan in June, once again on a season-long loan, and has made a strong start to the campaign, providing five shutouts in 14 matches.

He has already received international recognition, having been capped by England at U19, U20 and U21 level.

Walton has over two-and-a-half years remaining on his contact at Brighton.