West Ham manager Slaven Bilic admits his side need a goalscorer after a second goalless draw on the trot in the Premier League.

The Hammers drew 0-0 at Stoke on Saturday, with Andre Ayew, Manuel Lanzini and co missing several chances at the bet365 Stadium.

With Andy Carroll currently out injured, Bilic's side are lacking firepower up top, something the manager is all too aware of.

"They were really good, as they were against Everton, it's our third clean sheet in four games, which is a good basis to start. It gives you good composure, but we're just lacking someone that is going to score goals for us.

"We kept a clean sheet, which is good, again a very good defensive performance, but we just couldn't convert the chances we created. We created more than enough chances to score a couple of goals.

"As I said, I'm happy with the way we played, but we created more than them. I think we had four good chances. Basically you have to score that.

"It's a good point for us. We wanted to beat them. We knew before the game it would be hard, but we blocked them good with a team effort. 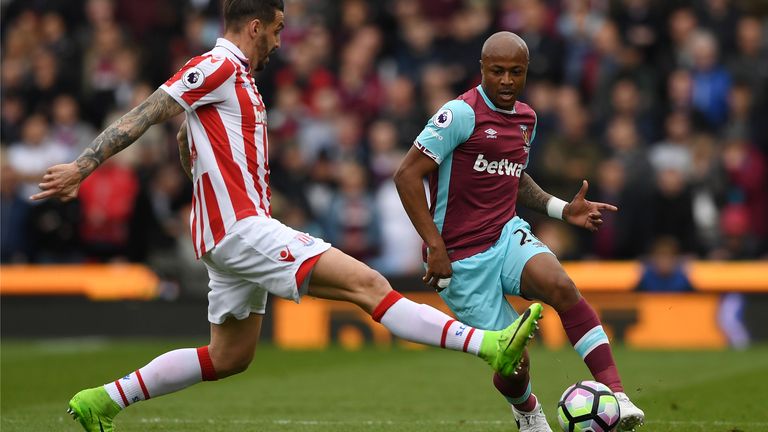 "On the ball we looked very good, but we just couldn't score a goal."

West Ham are now eight points ahead of the drop zone, though 18th-place Swansea do have a game in hand over Bilic's side.

The Croatian says although they would love to relax for the final three games of the season, West Ham are not out of the dog fight just yet.

"I would love it to be that way, but still no club that is around us, below us or a little bit above us, still nine points to play for and we're going to do everything to collect as many as possible," he said.