Zabaleta: "Sorry to the away fans who came to the game because obviously we don't want our fans to see this kind of performance."

Pablo Zabaleta has apologised to West Ham fans after the club were humiliated in a 4-0 away defeat to Oxford in the Carabao Cup.

A 2-0 win over Manchester United lifted West Ham to fifth in the Premier League on Sunday but they were outclassed by a side 12th in Sky Bet League One, crashing out of the third round on Wednesday.

West Ham managed only three attempts on target and conceded four times after the 55th minute with Elliott Moore, Matty Taylor, Tariqe Fosu and Shandon Baptiste on target at a rocking Kassam Stadium.

"Sorry to the away fans who came to the game because obviously we don't want our fans to see this kind of performance," Zabaleta, who was captain for the night, told the club's website.

"If you look at the performance tonight, it is not been anywhere near our standard and also in the way we lost was not good. It was just a bad night." 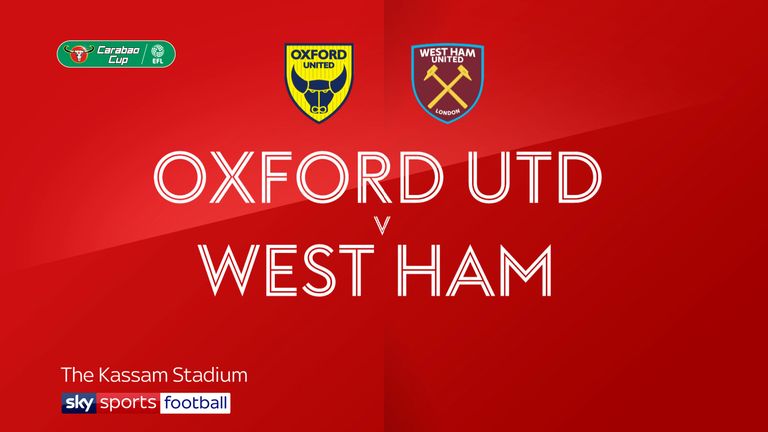 "If you give them time and space all of them are good players. They scored four goals, they had other chances and I think we only created one in the first ten minutes of the game and one in the last minute," Pellegrini said.

We missed too many passes from the beginning and the responsibility is first on me because I picked the players and second of course on the team that didn't compete."

Oxford manager Karl Robinson has history in the Carabao Cup having masterminded a 4-0 win over Manchester United five years ago when in charge of MK Dons.

"Looking at the scoreboard, 4-0 against West Ham and a very strong West Ham, this will probably go down as one of the biggest results at the Kassam (Stadium) in recent years," Robinson said.